Welcome back from Thanksgiving, everyone.  I hope you all had a delicious holiday.  In the meantime, I've had a request!  Regular Daily Apple reader Johansen asks:

This may be tiny and not interesting but I'd like to know who invented
the little power symbol that's pretty common on computers. You know
the circle with the line sticking out of the top? I think I've seen it
on multiple devices so it seems like it's not patent protected.


Since tomorrow is Cyber Monday, the Monday after Thanksgiving when everybody apparently starts doing their online shopping for Christmas, this does seem to be an appropriate topic.

The universally used and recognized Power button. But what does it really mean?
(Image by Vova Devyatkin at Freebiesbug)

The current, ubiquitous Power symbol on an iPhone case.
(Photo and iPhone case from Zazzle)

People love the Power button so much, you can buy everything from T-shirts to cufflinks labeled with the symbol.
(Photo and T-shirt for $10-$19 from Think Geek)

The true On/Off symbol
(Image from Designosophy, which misunderstands the symbols)

A lot of Sleep buttons have the word Sleep written beneath them. So it seems the crescent-shaped Sleep symbol hasn't quite caught on.
(Photo from Sharky Extreme)

You can even get a ring that looks like a Power symbol (which is really a Standby symbol).  That's just not happening with Sleep.
(Photo of ring and more Power symbol stuff from Mashable Tech)

With Thanksgiving fast approaching, we'll all soon be giving thanks for the many good things in our lives.  Some of us have already started doing that.  I've noticed that sometimes people say they're "grateful" and sometimes they say they're "thankful."  Which got me wondering, what's the difference between the two words?  There must be some difference; they're two different words.

So what is the difference between "grateful" and "thankful"? 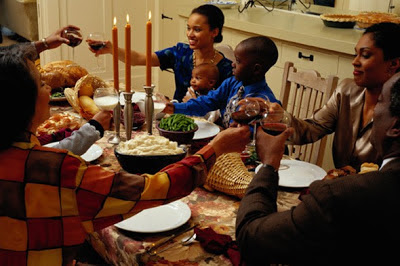 At Thanksgiving dinner, we are grateful.
(Photo from DIY)

This is a good depiction of grateful.  An exchange between two people.
(Photo from Whispy lifestyle) Here's a question.  Can you be grateful to animals?  I'm going to say yes.
(Photo from Wikimedia)

This is being thankful.  Thanking the universe.
(Photo from SEO.com) 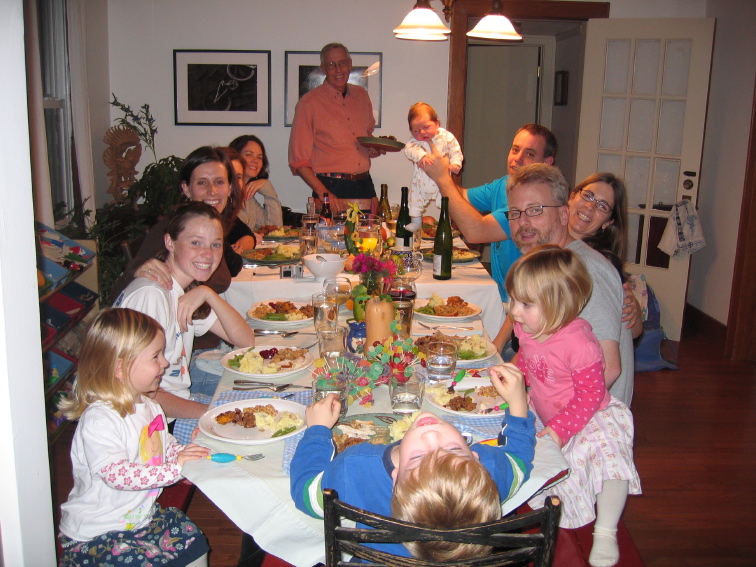 When we have Thanksgiving, we are giving thanks to God (or to good fortune or the universe) for our family.
(Photo from Dan Arnold's page)

Today is Veterans' Day.  Since we've all been through a pretty rough-and-tumble election with insults being flung literally left and right, I thought it would be nice to talk about a calmer, more soothing topic.  Like pigeons.  And as it turns out, some pigeons are also veterans.

Pigeons can be veterans too. These are homing pigeons in a mobile pigeon loft in Okinawa in 1945.
(Photo from WWII in Color)


What's prompting this Daily Apple is a news story that ran a couple of weeks ago, about a carrier pigeon.  A man in England decided to restore his home's original fireplace and when he had the wall knocked down, he discovered the skeleton of a bird. On closer inspection, he realized it was a pigeon, and it had a little red canister still attached to its leg. Inside the canister, on a piece of paper as thin as a cigarette rolling paper was a series of handwritten letters that were clearly a message in code. 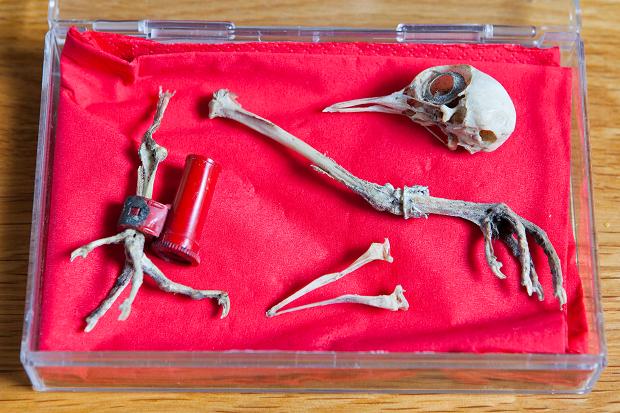 Remains of the carrier pigeon and the red canister it was carrying still attached to its leg.
(Photo from The History Blog)


Based on the style of the canister and the form of the message and various other indicators, it's believed that this pigeon was sent at some point during World War II.  The band on the pigeon's leg says it was born in 1940.  They think that perhaps the pigeon stopped to rest in Surrey, on this man's chimney, but something went wrong and the pigeon died and fell down the chimney.

The message it was carrying was written by a Sergeant W. Stott and it was addressed to "X02," which was England's Bomber Command.  Several pigeons were released on D-Day, meant to carry messages back to England's home command.  So it's possible that this pigeon was sent on D-Day by some British Royal Air Force (RAF) pilot, perhaps requesting a bombing raid.

The coded message that the carrier pigeon was, well, carrying.
(Photo from The History Blog)


Bletchley Park, which was Britain's intelligence and decoding headquarters during the war and is now a museum, has several messages sent by carrier pigeon, but none of them are in code.  Bletchley Park's modern-day decoding counterpart now has the message and they are trying to crack the code.

I wonder if we'll ever learn what it says, or if it will be judged to be too sensitive, even this many years later.

Now for more facts behind the news story.

This image is pretty small, but you can kind of make out the warty blob on top of this carrier pigeon's beak and the fleshy ring around its eye. All the larger pictures I found have copyright insignias all over them. But you might not want to see those images up close, anyway.
(Photo from thelongestlistofthelongeststuff etc.) 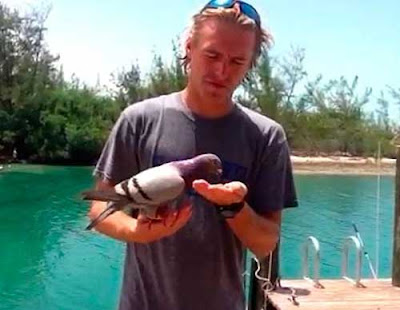 Henry the pigeon from Leeds in his new home in the Bahamas.
(Photo from Look at this . . .)

A Canadian airman carrying homing pigeons in a box -- WWII's version of the black box.
(Photo from War 44 Forums) 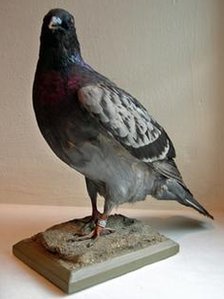 This is Winkie, the bird who saved the lives of several men on an RAF bomber in World War II.
(Photo from BBC News)

A mobile pigeon roost used by the US Army during World War I.
(Photo from Suite 101) 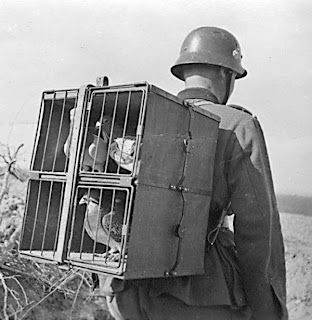 And, what do you know, our military is still using pigeons to this day.
(Photo from The Duffel Blog)

“Hand and arm signals, OK. Yelling, OK. But fuck, carrier pigeons and smoke signals? Now on patrol one of my guys has to carry a cage on his back with pigeons in it. Another troop is stuck carrying kindling and flint everywhere we go. Have you ever tried to build a fire while taking fire? It ain’t easy.”

He continued, “These pigeons are the nastiest creatures I’ve ever seen. Not to mention anytime we go through a market all the Afghans ask ‘how much, how much?’”

“While it’s pretty tough to have to carry this stuff, it makes for a good punishment technique. Whoever pisses me off is getting pigeon shit all over their gear by the end of the patrol.”

Who'd have thought that a bunch of pigeons could actually be that important?  In fact it's against the law in New Jersey to delay or detain a homing pigeon.
(Photo from NJ Kegstand)

So the Presidential election is only two days away.  Most news articles are quoting polls that show it's very close.  I have no idea who will win that race.  So I thought it might be interesting to try to predict the outcome on factors that no one else takes into account.  Factors that are of the utmost importance to the future of this country.  Characteristics completely crucial to determine the future and well-being of every man, woman, and child on the entire globe.

I am speaking, of course, about eye color.

That's right.  Eye color, height, weight, astrological sign -- these are all extremely important facts that combine to create the character of the man who will be our next President. 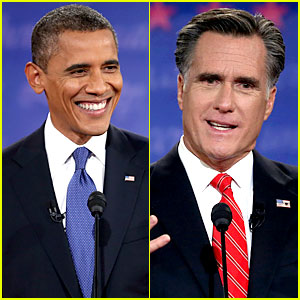 
(You know I'm kidding, don't you?  Some people take these things so seriously, I just wanted to make sure you were aware.)

So let's get down to brass tacks.  Who has the eye color that will win this election?

OK, so in this case, eye color will not be the deciding factor.  But!  Maybe this is why the race is so close!

In case you're interested, the majority of US Presidents have had blue eyes:

(That adds up to only 43 because I didn't count Grover Cleveland twice.) Lyndon Johnson was the most recent President before Obama who had brown eyes.
(Photo from Wikipedia)

On this crucial trait, Romney is the winner.

You might think the leaner candidate would have the edge, but historically speaking, it's actually the heavier candidate who has won.  Going back to 1900, in elections where the candidates were not tied in how much they weighed, the heavier President won 18 times out of 26. That's 69% of the time, for those of you doing the math. 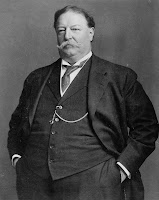 Taft was also Chief Justice of the US Supreme Court. Maybe holding two such enormous roles explains why his girth was also enormous.
(Photo from The Anti-Yale)

NUMBER OF LETTERS IN HIS FIRST NAME

Mitt Romney's real first name is Willard, but he doesn't go by that.  His name on the ballot is Mitt, so I'm going to by that.  Several Presidents went by less formal versions of their names, and that's how we know them (Jimmy Carter, for example, or Bill Clinton).  So the name Mittt prefers is the name I'll use.

The vast majority of the time, the candidate with more letters in his first name has won the election.  This one goes to Obama.

Rutherford B. Hayes. Frowning because his first name was twice as long as his last name?
(Photo from the White House)

Again, the edge goes to Romney.

I suppose you could make the argument that since no one has elected a Pisces since the 19th century, that sign seems to have fallen out of public favor.

OK, I'll stop myself right here.  I mention this only to point out that the future doesn't always mimic patterns from the past.

And that's a good thing.

By a number of criteria, Kennedy should not have won. He was skinnier than his opponent, his first name was shorter, he was a Gemini and there hadn't been any Gemini Presidents before, and he was Catholic.  But he won anyway.
(Photo from Biography.com)


Yes, I realize I just undercut any argument this entry might have been making.  But you knew this was all in fun, didn't you?


Sources
The White House, The Presidents
Bob Greene, "History Shows That The Eyes Have It," Chicago Tribune, October 3, 1988
US Election 2012 guide: Mitt Romney profile, The Telegraph, August 17, 2012
NewsOne, How Tall Is Mitt Romney? May 16, 2012
The Height Site, Presidential Height Index
The Measure of a President, The New York Times, October 6, 2008
Wikipedia, US presidential candidates since 1856
Eric Ostermeier, Presidents Day Special: The Astrological Signs of the Presidents, UMN Humphrey School of Public Affairs, February 15, 2010
Posted by the apple lady at 2:46 AM 1 comment: Links to this post