The Oscar awards ceremony is tonight.  So I thought it would be fitting to find out everything about Oscar.  The award itself.

If you want to order this statuette, ask for the Classic Achievement Economy Award. If you only want one, it'll cost you between $70 and $100, depending on how tall you want it to be.
(Image from R.S. Owens)

Maybe someday the Daily Apple could win this award, eh? One of these costs a mere $188.10.
(Image from R.S. Owens)


Every once in a while, you hear about a strange place where some actor or other keeps his or her Oscar.  So I thought I'd find out about a few of those for you too.

Kate Winslet: Yay! I won! I'm putting this thing in my bathroom!
(Photo from Fusion Magazine)

Reese Witherspoon: Thank you so much. My kids are totally going to love playing with this.
(Photo from the People's Daily Online)

Kevin Costner: Heeyyyy! I'm putting these in the drawer with my skivvies!
(Photo from The Spill)

Now I'm going to wonder when I seem them accept those Oscars, is that another one destined for some bathroom in LA?

Sources
The Academy of Motion Picture Arts & Sciences, The Oscar Statuette
Fox News, "What's an Oscar Statuette Really Made Of?" February 20, 2009
Jennifer Roche, About.com, RS Owens & Company - Manufacturers of the Oscar
Boy Abunda, "Where do Oscar winners store their trophies?" The Philippine Star (reprinted from The Hollywood Reporter)
Oliver O'Neal, Mid-Day, Where does your Oscar live? March 1, 2009
Victor Balta, comcast.net, As Seen on TV, Hutton Stays Chill About His Oscar, December 5, 2008
Reese Witherspoon sent her assistant to tour Paris sewer with her son, Celebitchy, November 26, 2008
Jennifer Hudson on where she keeps her Oscar, Urban-Hoopla, February 23, 2008
Danny Boyle hides his Oscar under his bed! The Times of India, January 26, 2011
So where does Guillermo Navarro keep his Oscar? Movie Set, October 3, 2008
Posted by the apple lady at 1:10 PM 3 comments: Links to this post

I try to do a Daily Apple each Sunday. (Yes, I know this is turning into a weekly blog rather than a daily one, but we'll discuss that another time).  Anyway, so it's a regular Sunday thing here at the Daily Apple.  Which means it's high time I talked about Sundays.

Here's a song for you to listen to as you read.

I like hot fudge sundaes best.
(Photo from Girls Online) 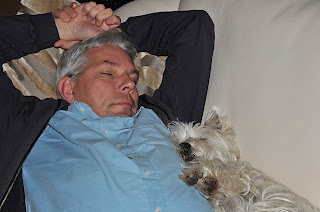 Dogs will always be willing to take a Sunday nap with you.
(Photo by Carl Rosenvold) 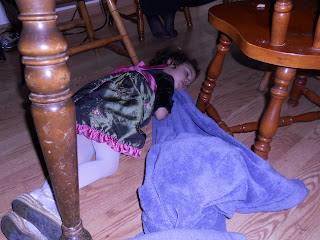 This is Emjae's version of the Sunday nap.
(Photo from James and Cindy) 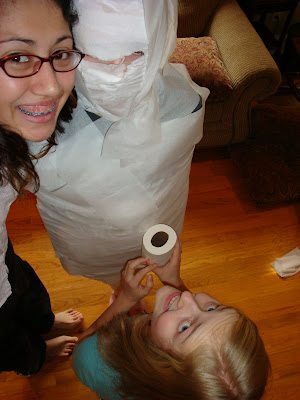 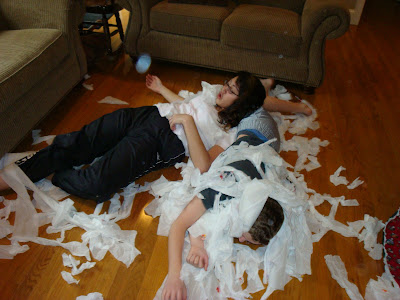 (Photos from The Nolden Family Blog)


I hope that wherever you are, you're enjoying your Sunday.

I love the Worcestershire sauce.  I add it to ground beef when I'm making chili or -- most especially deliciously -- your basic hamburgers.  It's tangy and salty and zippy and nothing else tastes quite like it.  I like it so much, in fact, that I think I don't add it to enough things.  What else is good with Worcestershire sauce?

My other main question is, I'm pretty sure it comes from India, so why the British name?  I mean, other than the fact that the Brits co-opted lots of things in their colonial days, and this is probably just one more of those things.  Maybe a better way to ask the question is, what would it be called if we called it by its Indian name?

For those of you who've never tried it, this is what it looks like poured out. Think of it as a condiment, or a flavoring that you'd add to a dish to make it more tasty.
(Photo from the BBC)

Tamarind are the squishy-looking dark fruits that grow inside long, bumpy seed pods.  The fruit gets smashed up, the seeds within it extracted, and the pulp gets used in the sauce. It has kind of a jelly-like consistency.
(Photo from knoxnews)

French's Worcestershire sauce is the kind I've been using.
(Photo from GardenGrocer.com)

Here's a label of a brand called Stretton's which was produced in the early 1900s.  This has a nice list of suggestions of uses for the sauce.
(Image from Worcester City Museums)


A blog called Nancy's Kitchen has a long list of recipes that call for Worcestershire sauce. The dishes are a bit basic and old-school, but it looks like a solid list nonetheless.

I just finished watching the Super Bowl.  I happen to like the Packers, have done for quite a while, so I'm happy with the result, though the third quarter was rough.  Congratulations to the team, and get well soon, Charles Woodson!

OK, now it's on to Daily Apple business.  I thought about choosing a Super Bowl-related topic, but I'm sure people will be tired of that topic soon enough.  So I decided to go with one I've had in mind for a while, but that's maybe somewhat related: crossing your fingers.


See? Fans cross their fingers for their favorite players or teams all the time. This woman is at Wimbledon in 2004.
(Photo from Chicago Now)


I recently told someone I was keeping my fingers crossed for them, and it struck me as a sort of strange thing to say.  Yes, I know, it's a way of wishing someone good luck, but where did that phrase come from?  What are we really doing when we cross our fingers? 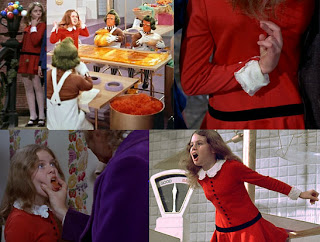 Veruca Salt, crossing her fingers to ward off her lie. She never did get a chance to show her Everlasting Gobstopper to anybody, though. By the way, did you know her first name means Wart in Latin?
(Photo was from mischiefmydear.com, but it's now 404 Not Found)

With the incredible amounts of snow that have blanketed all sorts of places across the country in the past couple of days, I got curious about snowfall records.  What are some of the records for snowfall, and how do those compare to the current situation?

So what location would you expect to be the snowiest place in the country?  Maybe Alaska, or maybe in the mountains?  You'd be correct.

According to NOAA's National Climatic Data Center, the location that had the greatest amount of snowfall in one day was Georgetown, Colorado, on December 4, 1913.  They got 63 inches in one day.  That's 5.25 feet of snow.

Where Georgetown, CO is.  It's an old mining town outside of Denver, elevation 8,520 ft.  So, yeah, you'd expect this place to get some snow.
(Map from ePodunk)

The place that got the greatest daily snow depth -- that would be snow that's accumulated over some unspecified number of days, but it's continued to pile up -- was recorded by the Rainier Paradise Ranger Station in Washington. This is in the Mount Rainier National Park. They managed to get an accumulated 293 inches of snow.  Or nearly 25 feet.

The star marks the location of Mount Rainier National Park.  It's about a 3-hour drive from Mount St. Helens.
(Map from National Parked)

Mount Rainier, which is actually a volcano, is in the pretty much in the center of the park.  The Paradise Ranger Station is on the south side of the mountain.
(Map from Gorp)

The place that got the most amount of snow to fall over the course of a month is Tamarack, California, which got 313 inches of snow in the month of March in 1907.  That's more than 26 feet of snow.

Tamarack is a tiny place, so tiny I couldn't find a map that indicates it.  It's south of South Lake Tahoe and east of Sacramento.  It's in the Sierra mountains.
(Map from Always on Vacation)

The Central Sierra Snow Lab has an even bigger monthly record: 390 inches in Tamarack in January 1911.  I don't know why NOAA doesn't have that 1911 amount.  But Tamarack, high in the mountains, is another regularly snowy place.


The place that's racked up a ton of records is Thompson Pass, Alaska.

Here's Alaska.  The place we're interested in is on the peninsula that sticks out into the Prince William Sound, near Valdez.
(Map from Sarah Palin Truth Squad)

Thompson Pass is at the top of that peninsula, just northeast of Valdez.
(Map from Moon Travel Guides)

So Thompson Pass, Alaska is another always-snowy place.

Let's put these numbers into perspective.  170 inches of snow is about 14 feet.  Some of those other records were for 25 and 26 feet.  But what does that much snow look like? This is Jim. He's standing in front of a snow drift about 15 to 20 feet high.  This is at Crater Lake, Oregon.
(Photo from Fred and Hank Mark America) This is the gift shop at Crater Lake, surrounded by snow, probably also somewhere between 15 and 20 feet.  As Jim from the above picture says, "Does this gift shop/cafe remind you of the Overlook Hotel or what?"
(Photo from Fred and Hank Mark America) 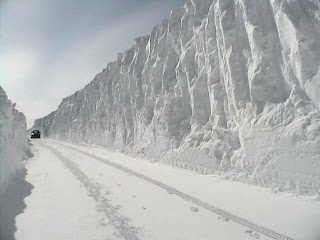 This photo along with a couple others showing construction equipment shoveling out snow have been getting passed around the internet for several years now. This is probably from Newfoundland or Labrador, in Canada. How much snow would you say is here, 12 feet? 15 feet?
(Photo from Snopes) 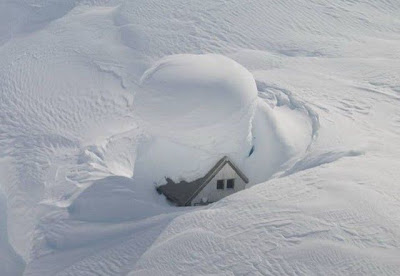 No idea where this is or how much snow is here. 20 feet or more?
(Photo from Gallary Photo)


Here's Chicago in 1967.  4 inches of snow were predicted, but they got 23 inches total instead.  It started snowing on a Thursday in January, kept it up all day, and continued until early Friday morning.  Two days before, the temperature had hit a record 65 degrees. 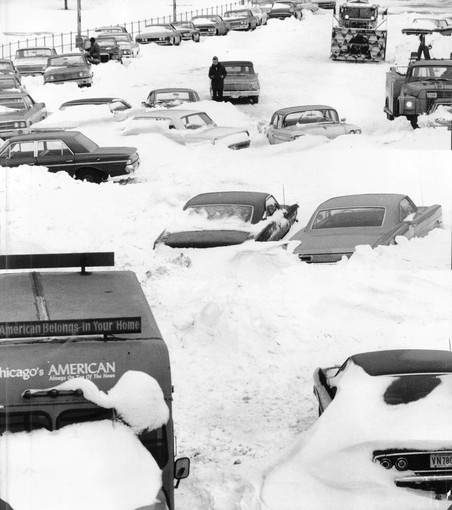 (I think these are Chicago Tribune photos, but I found them at PlanetBarberella) 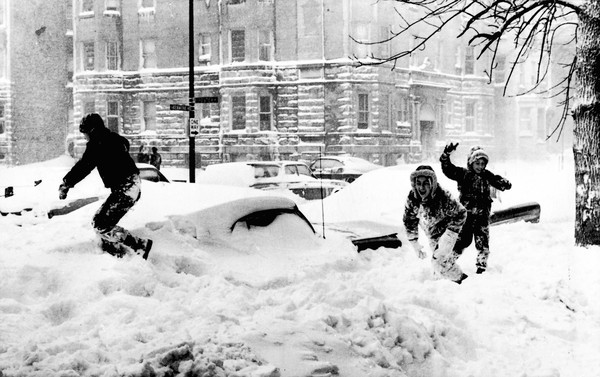 (Photo from PlanetBarberella. She has tons more good ones at her site)


Now here's Chicago on February 2, 2011.  I can't seem to find any definitive snowfall amounts, but apparently various locations around the city are reporting anywhere from 20 to 24 inches.  The winds got up to 60 or 70 miles per hour at night, which made for lots of snow drifts.

This is roughly near Logan Square
(Photo from Avoision)

Liz is standing in thigh-deep in the snow.  There's an undefined amount of snow between the bottom of her feet and the ground, but probably if she'd been able to tunnel down that far, the snow would be to her waist.
(Photo from Avoision)

This is Milwaukee Avenue, normally super-busy.  Normally, there's no way people would be able to walk any distance in the middle of that street.  But today, because of all the snow, it's a completely different story.
(Photo from Avoision)


Now here's what two feet of snow looks like:


Okay, so my whole point was, all those places that got record-holding amounts of snow were in places where you'd expect a ton of snow.  High in the mountains, or in Alaska.  Those places get 20+ feet of snow, while Chicago got 20+ inches. But I still find the amount that Chicago got to be impressive because Chicago is nowhere near any mountains.

That's what being close to the Great Lakes will do for you.