I thought I'd finish up my series of blue entries with a whole bunch of blue things, with a few facts about each. Sort of like the finale at a fireworks show. 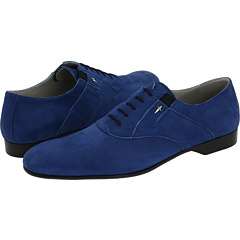 (Photo from some site on Etsy that isn't loading)

Blue eyes of a newborn
(Photo from info.com)

Kentucky bluegrass, a.k.a. Poa pratensis. Its tendency toward lushness is what makes this a favorite "barefoot grass."
(Photo from Power Seeds Inc.)

The Aristocrats may be the quintessential bluest joke. Here's Gilbert Gottfried, after telling it at a friar's roast not  long after 9/11.
(Photo from Youdopia NSFW) Blueprints are architectural or other detailed drawings that have a blue background and the text and lines are in white.
(Photo from Twins Daily)

The blue whale. Everything about it is superlative.
(Photo from Wonderful Whales)

So many things to know about blue whales, I may just have to do a separate entry about them.

And now, with this last hurrah, I must tell you that I'm going on vacation.  Please of course browse around in the meantime.  With 591 other entries to choose from, I'm sure you'll find something to interest you.  See you in a couple of weeks!

Continuing my theme of blue-related topics (later historians will refer to this as my blue period), instead of reaching for some exotic blue thing, i.e., the blue-footed booby of last week's entry, I thought, what about some common thing that we take for granted as being blue?  Like blue jeans?  Why are they blue, anyway?

That's a lotta jeans, and they're all blue.
(Photo from Zoe's Sketch Book)


How Blue Jeans Were Invented

Jacob Davis (born Jacob Youphes, from Latvia) came up with the idea for riveted work pants.

Levi Strauss (born Loeb Strauss, from Germany) sold Davis the fabric and had the money to pay for the patent.
(Photos from The Great Idea Finder)

Europeans Sure do Love that Indigo

This is the Indigofera tinctoria, which is the type of indigo that grows in India.
(Photo from the Prelude Medicinal Plants Database) This is Indigofera arrecta, which is the species of indigo that grows in Africa. I couldn't find a photo of this species with flowers, but you can see the difference in the leaf shape.
(Photo by Bart Wursten, Flora of Zimbabwe)

Detail from a map of the Parish of St. Stephen in Craven County, showing slave laborers harvesting and drying indigo on a plantation.
(Map from Duke University's Special Collections Library section, Slave Voices)

This woman in Thailand is working with natural indigo. Knowing how many people died back in the day from using natural indigo, this photo makes me very nervous.
(Photo from Tammachat Natural Textiles)


From Natural to Synthetic

How indigo was synthesized in the 1900s, beginning with naphthalene and using potassium permanganate as the oxidant.

How indigo is usually synthesized today, starting with benzene and using the now much less expensive sodium.
(Diagrams from Backyard Chemistry)

Jeans from Japan, dyed with natural indigo on the left and right, and synthetic in the middle. You can see that the blue of the synthetic is different from the natural, but the two natural indigos also differ from each other.
(Photo by superbored at superfuture)

The Hues of those Blues

Blue jeans are blue, but there are all sorts of shades and hues of blue.
(Photo from A History of American Technology) 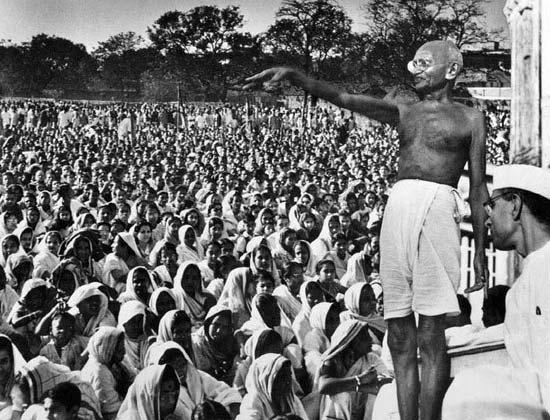 I'm not sure when this photo was taken, but this may have been what the Champaran protest in 1917 looked like.
(Photo from Mibihar.com)

Natural indigo-dyed jeans are becoming popular again, especially in Japan (which has its own history with indigo), which is where these were made. You can buy a pair of these Oni Denim Awa Shoai of your very own for only $685.00.
(Photo from blue in green)


The moral here seems to be that just because it's got the word "natural" in front of it, that doesn't necessarily mean it's better.

Since my previous entry was on blue-plate specials, I thought I'd continue the blue theme.  I wanted to talk about something unusual as well as blue, and what's more unusual than blue-footed boobies? Two blue-footed boobies. Looks like they're having a conversation.  "What's up, Deb?" "Not much, Fred."
(Photo from NatureWorks)

The first and most essential part of the mating dance: the male picks up his feet one at a time and shows them off. He returns to this move several times throughout the dance, almost like a refrain.
(Photo from PR Log)

Here's how the mating dance seems to go most of the time: lots of foot-lifting for a long time, and she may finally join in, or she may not.

Below is a link to a sort of art-haus version, showing the dance taking place among several different pairs of boobies and with lots of close-ups. There are also a few shots of the boobies flying, which is very graceful, followed by landings, which are not.  The video ends in the ultimate success for one pair: copulation. Afterward, the male looks very proud of himself. 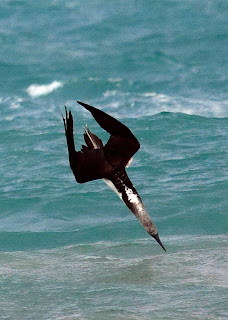 Blue-footed booby going into a dive. So streamlined and perfectly angular, it almost looks mechanical, doesn't it?
(Photo by Rob Kroenert at Endless Loop)

Photographer Tony Mills put a sequence of photos of a booby diving to create this image, showing the bird's arrow-like entry into the water.
(You can purchase a signed, limited edition print of this image for £85 from Tony Mills' Action in Nature)

The range of the blue-footed booby
(Map from National Geographic)

The Galápagos Islands is a cluster of about 14 islands off the western-most knob of South America. The islands were once upon a time the haven of pirates, as well as the home of unusual animals like the blue-footed booby.
(Map from worldatlas.com)

I have a request!  Regular Daily Apple reader Jamiroquai* wants to know: why is the plate in the blue plate special blue?

Excellent question!  My hunch is that whoever invented the blue plate special first served it on a plate that was blue.  Let's see what the facts say.

This would be a good example of a blue plate special, if the plate were actually blue, and if it were sold by a restaurant. It's ham steak, mashed potatoes with butter, and green peas, all on one plate.
(Photo from Feasting in the Skagit foodshed)

This was a good deal down at the Y.
(Image from The Phrase Finder)

Plate armor and eating plates come from the same place! Etymologically and historically speaking, that is.
(Image from Historical Romance Out of the Closet)

Map of the Atchison, Topeka and Santa Fe Railway line in 1891.  By 1883, Harvey had restaurants at 17 stops along the railroad line. One, the El Tovar at the Grand Canyon is reportedly still in operation.
(Map from the MARDOS Memorial Library, where you can find a larger and easier to read version) Harvey Girls, I'm guessing around the 1920s or so. Still wearing the black, ankle-length uniforms and white aprons as required.
(Photo from Paradise7's HubPage) 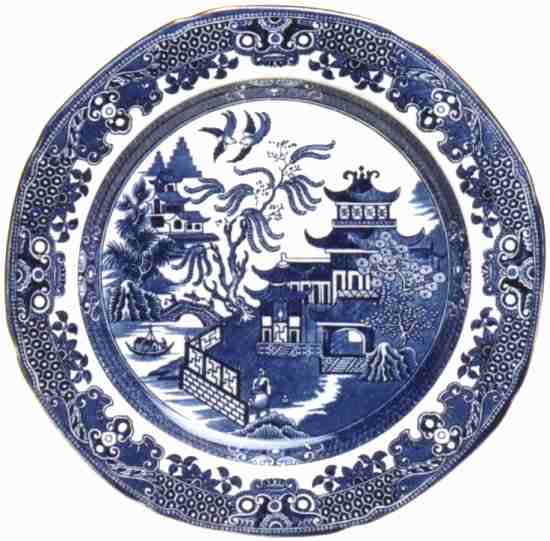 That weird Dr. Seuss-like tree is actually a Chinese willow, for which the pattern is named. Plates with this pattern were imported from China into England and considered very posh. Mr. Harvey, and Englishman, might have used plates like these in his restaurants.
(Photo from the Willow Pattern Story) 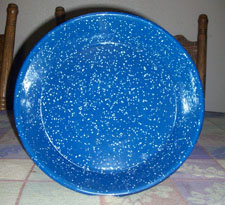 Blue and white speckled tin plate. This is actually a pan for making corn bread. But it sure looks like it would do a good job of serving up a main course and a side dish at the same time.
(Photo and plate available from Miss Kizzy's Graceful Fashions)

See? Wikipedia's entry about blue plate specials includes this divided blue plate, which looks a whole lot more like the speckled tin than the Wedgwood. If Wikipedia is any authority, that is.
(Photo from Wikipedia)


If someone could unearth a menu from one of those old Harvey restaurants and also dinner a plate from there, we would perhaps solve these persistent questions for once and for all.

*Not his real name. Whenever possible, I protect the innocent Daily Apple reader.