I just got back from a trip*, and it's very late and I'm beat, but I wanted to post at least some little tidbit tonight.  So here goes.

[*This was actually last week. It was about 3 in the morning when I finally admitted I was too tired to finish this entry.]

I traveled by airplane on this particular trip, and while taxiing to the runway, I watched the other planes we passed and thought again about how I heard once upon a time that painting airplanes adds a whole bunch of weight to the plane, which extra weight results in higher fuel costs.  But most airplanes have a bunch of colorful paint on them.  If it's true that more paint = more weight = more expensive, why do airlines keep painting their planes?

As you can see from all these airplanes grouped together, nearly all of them are painted in some color scheme or other. White counts as painted. (This photo was originally billed as a multiple exposure of planes taking off from one location, but actually it's just a fairly good Photoshop job of a lot of planes together.)
(Photo by Ho-Yeol Ryu, via Twisted Sifter) American Airlines planes has used the polished approach for years.  Note the shiny metallic appearance on the majority of the body of the planes.
(Photo from NBC DFW.com) This Qantas special-liveried plane would definitely qualify as "decorative."
(Photo by SE9 on Skyscrapercity)

Washing an airplane isn't just some guy with a bucket and a sponge, it's a pretty complicated operation involving several people, machinery & equipment, and special solvents.
(Photo from British Airways, via Howstuffworks) 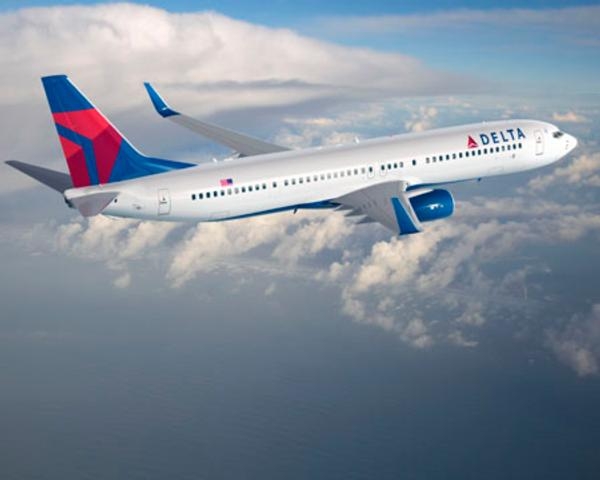 Though Delta's planes are painted pretty much all over, the color is mostly on the tail.  This gives it a no-nonsense appearance. Which, I must admit, doesn't make me all that excited about getting on board.
(Photo from Aero News Network)

Conversely, I find Alitalia's livery really appealing. Makes me think that if I rode that flight, I would suddenly be very sleek and fashionable and speaking with an Italian accent.
(Photo posted by Boeing! at Skyscrapercity)

I like this one a lot, too, from Avianca.  It looks very aerodynamic and yet also soothing.
(Photo posted by Dreamliner at Skyscrapercity)

This one isn't over the top with the paint and the colors, but it still makes me want to fly to Thailand.
(Photo from Travel Daily Asia)

I have to say, I hope airlines don't take their cue from Southwest. This is downright vomitocious.
(Photo by Nick Ut, from the Atlanta Journal-Constitution)

Fuel Burn Rates by Aircraft Type, Aviation Information)
Posted by the apple lady at 12:12 AM 2 comments: Links to this post

I don't know if you've noticed, but there have been some pretty unusual thefts in the news lately.  I don't mean to condone or even praise theft because it royally stinks when someone steals from you.  But these are too oddball to resist passing along. 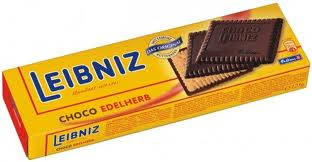 A package of the Leibniz butter cookies, this variety coated in chocolate.
(Photo from i can't even's tumblr page) 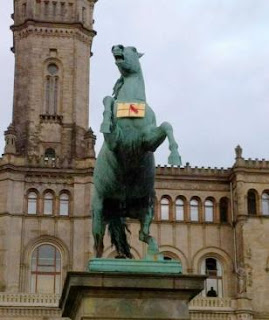 The golden cookie, wrapped with a nice red bow, hanging around the neck of a statue in front of Leibniz University in Hanover.
(Photo posted by Tintin at David Icke.com) 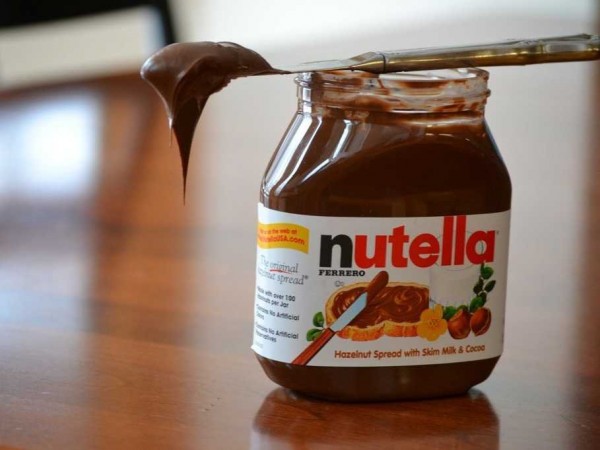 Nutella is made by Ferrero in Italy, is a huge hit in Europe, and is becoming increasingly popular in the United States. Basically, you eat it like peanut butter. Except it's chocolate & hazelnut. Yum.
(Photo from Foodbeast)

One reviewer on Amazon said, "Words cannot express how much I love this spread. It is highly addicting so eating an entire jar in one sitting is easy."
(Photo from Your Internet Life Base)


3. Thief Stole an Excavator to Steal an ATM 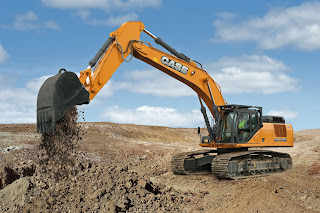 A pretty typical excavator -- a Case CX470C, to be exact.  The specs say it has operating weights ranging from 105,300 to 108,600 pounds. That sounds about strong enough to lift an ATM.  I'd like to learn how to operate one of those things.
(Photo from Aggregates Manager)

This is the literally knocked-over ATM kiosk, now without its ATM.
(Photo by Aaron Glancy/WGHP)

Surveillance photo of the nearby Crown Victoria.
(Photo from WGHP) 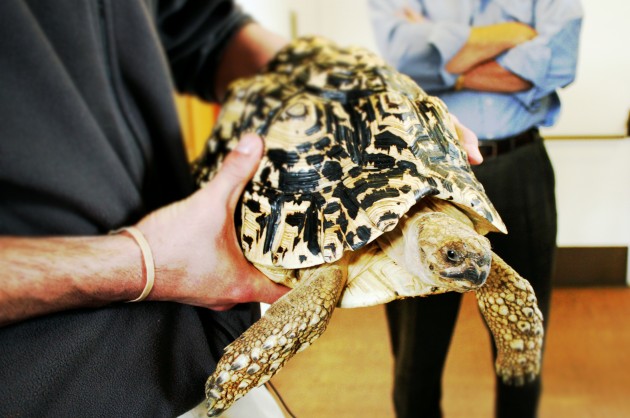 For your April 1 pleasure, I thought I'd collect a few especially choice April Fool's Day pranks.


In 1998, Burger King published a full-page ad in USA Today, saying they were offering a new sandwich: the Left-Handed Whopper.  All condiments had been rotated 180 degrees for the ease of Burger King's 1.4 million left-handed customers.

Lefties all over the country lined up for the new Whoppers, many of them failing to realize that rotating the condiments 180 degrees meant there was actually no difference.


In 1962, when televisions were still only black and white, the Swedish television station Sveriges had a "technical expert" tell people on the air that if you stretched a pair of nylon stockings over your television, the nylon would bend the TV's light wavelengths in such a way that you could see the black & white picture in color.  You also had to "angle yourself" so your eye could catch the wavelength from the right position.

An estimated "thousands" of people who tried it discovered that it did not work at all, only stretched out a perfectly good pair of nylons.

Internet shut down for spring cleaning

This prank first sprang into existence in 1997, but it's been updated and resurrected periodically ever since.

*** Attention ***
It's that time again!
As many of you know, each year the Internet must be shut down for 24 hours in order to allow us to clean it. The cleaning process, which eliminates dead email, inactive ftp and www sites, and empty USENET groups, allows for a better working and faster Internet.
This year, the cleaning process will take place from 12:01 a.m. GMT on April 1 until 12:01 a.m. GMT on April 2 (the time least likely to interfere with ongoing work). During that 24-hour period, five powerful Internet search engines situated around the world will search the Internet and delete any data that they find.
In order to protect your valuable data from deletion we ask that you do the following:
1. Disconnect all terminals and local area networks from their Internet connections.
2. Shut down all Internet servers, or disconnect them from the Internet.
3. Disconnect all disks and hard drives from any connections to the Internet.
4. Refrain from connecting any computer to the Internet in any way.
We understand the inconvenience that this may cause some Internet users, and we apologize. However, we are certain that any inconveniences will be more than made up for by the increased speed and efficiency of the Internet, once it has been cleared of electronic flotsam and jetsam.
We thank you for your cooperation.
Kim Dereksen
Interconnected Network Maintenance staff,
Main branch,
Massachusetts Institute of Technology
Sysops and others: Since the last Internet cleaning, the number of Internet users has grown dramatically. Please assist us in alerting the public of the upcoming Internet cleaning by posting this message where your users will be able to read it. Please pass this message on to other sysops and Internet users as well.
Thank you.


In 1976, an astronomer for the BBC's Radio 2 told listeners that later that morning, Pluto and Jupiter would align in a way that would cause a temporary reduction in gravity on Earth.  He said that at 9:47, people should jump in the air so they could experience a brief sensation of floating.

One minute later, the phone lines into the BBC were jammed with calls from people saying they had jumped at precisely 9:47, and they had experienced the sensation of floating.

This is apropos of nothing. I was looking for a photo of people jumping in an elevator and came across this. Since it's April Fool's, I thought I'd show it to you anyway.
(Photo from Elevator World)

In 2008, the BBC released a video showing an amazing discovery -- a group of penguins can fly.

It was such a hit, they still have a link on their Nature Wildlife page that suggests that the penguins are real: "Flying penguins are a very recent addition to the penguin family in evolutionary terms."

Here's how they did it:

In 1978, Australian electronics entrepreneur Dick Smith often wondered why you couldn't tow an iceberg from Antarctica to places that needed fresh water.  He'd said these musings aloud to the media, and they were forever asking him when he was going to do this.  Finally, he announced that an iceberg would be arriving in Australia the following week, and the media passed on his announcement to the public.

That April 1, his employees started phoning radio stations and newspapers, saying, "What's that thing out in Sydney Harbor?  It looks like an iceberg."

There was in fact something large and white in the harbor, but it wasn't an iceberg.  It was a barge, covered with a big sheet of plastic, shaving cream, and fire-fighting foam.

Enough people believed it was an iceberg that even the Australian Navy called to offer them a place to moor.  Within hours, driving rain had melted much of the foamy "ice," and the jig was up.

Entrepreneur Dick Smith and his "iceberg."
(Photo from smh.com.au)

In 1974, residents of Sitka, Alaska, woke up to black smoke pouring out of the top of Mount Edgecumbe, which was a giant volcano.  They called the police, ran out of their homes, and otherwise feared imminent eruption.

Actually, a man named Porky Bickar had dropped a hundred tires, oily rags, Sterno, diesel oil, and smoke bombs inside the mouth of the volcano and set them on fire, creating the black smoke.


He also wrote "April Fool" in giant letters in the snow nearby.  Since he used a helicopter to fly all his incendiaries up there, he told the FAA what he was up to.  And as a member of the police commission, he also told the police what he'd done. Now that's preparation.

The FAA controller reportedly said, as the helicopter was coming back to ground, "The son of a gun looks fantastic!"

I say, let's have more pranks like people used to pull in the 1970s.