Apple #608: How Baseballs are Made

There is a ton of stuff going on this week.  Any number of things that your Apple Lady could talk about.

In case you haven't guessed, I have covered all these topics already.  So what's an Apple Lady to do?

In addition to everything else I've listed, the World Series is also going on.  I want the Tigers to win, and since it's tied in the 9th and the Giants are up 3-0 in the series, it is not looking good for the Tigers.

I don't want to jinx the Tigers, so I'm going to talk about baseballs in general.  You  know, the balls themselves.  How they're made. The inside of a baseball, deconstructed.
(Photo from Wired)

Here's the cross-section of showing all the ingredients inside a baseball.
(Image from Baseball Fever)


[Scutaro just got a base hit for the Giants and the man on base scored. Giants are up 4-3 in the 10th.]


[Don Kelly, in his first appearance in the World Series, strikes out.  Now Miguel Cabrera is up.  He's the biggest batter for the Tigers.  Won the Triple Crown this year.] 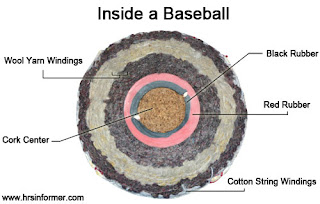 Here's another cross-section showing the inside of a baseball.
(Image from Science Proficiencies)


Here you can see the whole process in action.  I love these how-it's-made kinds of videos.


So now, in addition to knowing how baseballs are made, you also know to check the Daily Apple for background information on all the current news stories of the day, and also for occasional play-by-play descriptions of her preferred team losing badly.

Sources
How Products are Made, Baseball
Baseball Fever, Inside a Modern Baseball
Posted by the apple lady at 12:15 AM No comments:

Everybody is talking about that jaw-dropping free-fall from the stratosphere that Felix Baumgartner accomplished successfully today.  I didn't know anything about this until after it happened.  Naturally, while reading the news articles, I wanted to know, who is this guy? Felix Baumgartner, at the start of his free fall from the stratosphere.
(Photo from Wired)

First, a few statistics about his jump.  Some of these numbers have yet to be verified, but these are the unofficial numbers currently being reported.


Here is video of the jump beginning just before Baumgartner leaves the capsule.  When he pushes himself out into space, I clutch myself in terror.

For more video, The Washington Post has video from CBS News that they've excerpted to show the highlights from before his take-off, through the ascent, the jump itself, the descent, and the landing.

This photo was taken on one of the days when the jump had to be canceled because of a dust devil in the area. You can get a good look at that pressurized suit here, though.
(Photo from Felix Baumgartner's Facebook page) 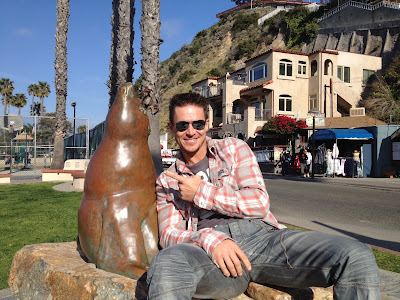 Here's the more relaxed Felix on Catalina Island.  I think that statue is of a seal.
(Photo from Felix Baumgartner) 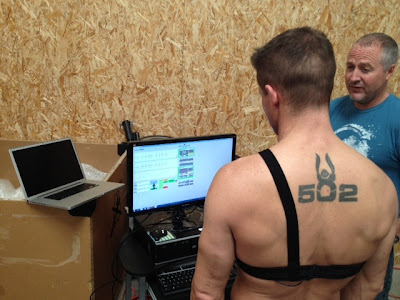 Here's Felix, sporting his 502 tattoo, and getting a medical check before a jump.
(Photo from Felix Baumgartner) 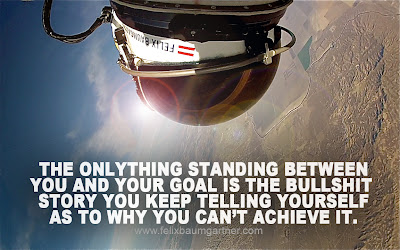 This is the image Baumgartner has posted at the top of his blog.
(Image from Felix Baumgartner)


Edit: February 2014, GoPro has released the video of their what their 7 cameras on his body caught as he fell.  There's some preliminary stuff, but the real thing starts 52 seconds in.

I don't know if this still happens in schools as much anymore, but I remember fall and back-to-school as  being the time for school pictures.  It seems to me that the practice of schoolchildren getting their portrait taken by some photographer who shows up one day a year, and then the parents purchasing several copies of that picture has become pretty much ensconced in our culture (at least, until digital cameras and Flickr and Facebook made that practice of less value to parents).

So my question is, how did this practice get so established that we pretty much take it as a given that somebody is going to show up at school and take pictures of every single kid in school, and then sell those photos to the parents?

This poor girl looks like she has no idea what has happened to her, why someone has dressed her in that way-too-big cap and gown, and put her in front of that stupid background. Hey, it's a class photo. We all look weird in those things, it's just a question of degree.
(Photo from AMC School Photography Service)

This now-famous photo of Edgar Allen Poe is an example of a Daguerreotype. You can't tell from this version of it, but Daguerreotypes have an almost hologram-like quality. This is because of the highly-polished, reflective nature of the silver on which it is made.
(Photo from Wired)

Photo taken by George K. Warren of the grounds at Harvard University in the early 1860s.
(Photo from Luminous Lint)

George W. McNeel, in his 1859-1860 Rutgers yearbook, photo & album made by George K. Warren
(Image from the Smithsonian)

Photo of George K. Warren, the photographer who took the pictures in George McNeel's Rutgers yearbook, complete with this inscription: "Photographically I am yours, my dear McNeel. Geo. Kendall Warren."
(Image from the Smithsonian)

Here's one delightful class photo from the archives. Sadly, I don't know her name. Or the name of her hairdresser.
(Photo from Blogging Bistro)

This yearbook photo is of someone currently famous.  Any guesses? Answer at the end of the entry.
(Photo from the angry dome)

Sooner or later, everybody makes the dorky-class-photo face.
(Photo from a page of nothing but photos of some kid named Nick)

Do they still do these class composite photos?  I hope so.  This one is from Mr. Fine's 8th grade home room, Newton Elementary School, Torrance, CA, 1969.
(Photo from Gary Chang's Scrapbook) 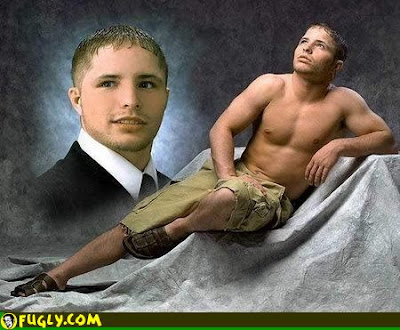 Then there's the technological advancement of superimposing two images in the same print, which allows for wondrous photographic achievements such as this.
(Photo from wastetimepost.com) 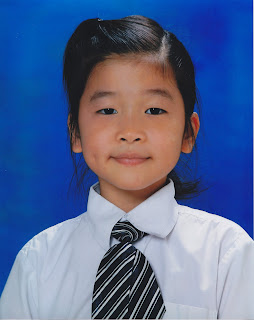 This is Jia Wen's school picture. I think this one turned out pretty well.
(Photo from A Mum's Hideout)

The mystery yearbook photo is of Joe Biden.


Sources
Shannon Thomas Perich, Photographic History Collection, Smithsonian National Museum of American History, "Photography Changes How We Choose to Recast Experience" (it's actually about the history of George K. Warren's photo albums)
Library of Congress Memory Project, The Daguerrotype
Skinner, How to Identify a Daguerreotype
Katherine Rosman, It's Picture Day, Say 'Cheesy', The Wall Street Journal, November 10, 2011
Historical Value of the US Dollar
Posted by the apple lady at 3:16 AM No comments:

I have a request!  Daily Apple reader Rodolfo wants to know about those plastic bags that are specifically used for steaming frozen vegetables.  He wants to know how they work.  He suspects they're different from a typical plastic storage bag, but how, exactly? 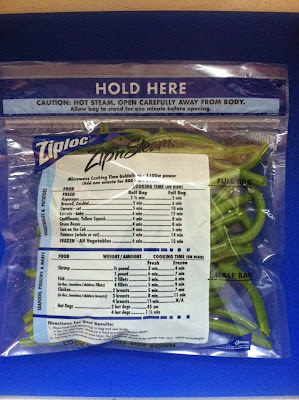 Rodolfo was even kind enough to send me a picture of the type of steamer bag he uses.
(Photo from my friend Rodolfo [his name has been changed to protect his innocence.])


I suspected the answer to Rodolfo's question would require a patent search, and I was right.  But, never fear, when it comes down to it, how those bags are put together is pretty easy to explain.  And the best way to explain how they work is to explain it in terms of how they are different from a regular old sealable (or zippable) plastic storage bag.

Regular plastic storage bag on the left, zippable plastic steamer bag on the right.
(Photo from Cross My Heart) 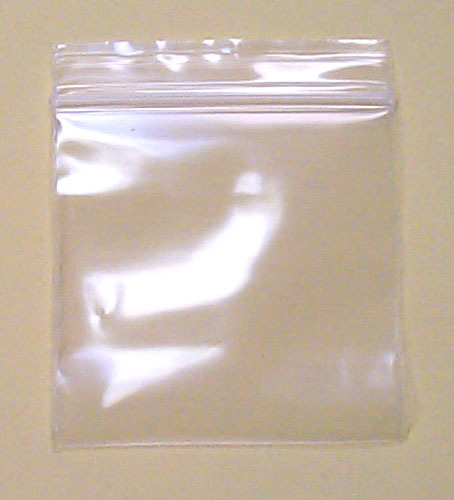 The problem for steamer bag makers: how to let out the steam so the bag doesn't explode, but not let out so much that the vegetables don't actually steam?
(Photo from dipity)

Ziploc steam bag after cooking. The thing has bulged and filled with steam, only some of which has escaped. The rest has stayed in the package and steamed the vegetables.
(Photo from Cyber Shape Up)

That plastic steam bag came from petroleum.
(Image from Highlights) 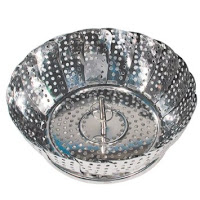 Steamer basket. You can buy one like this for $4.95 from Amazon, or you can find them hanging around in any grocery store, or at any store like Target or Wal-Mart, or any store that sells any kitchen stuff. 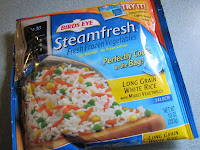 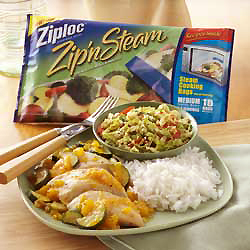