You may recall that in a previous entry, we looked into the origins of the "shame on you" gesture.  Now we have another gesture to explore: giving someone the finger.  Middle, that is.


This one comes as a request from regular Daily Apple reader Majondra who would like to know the origins of "flipping the bird." I suspect this will be another one of those "nobody knows" sorts of things, but I will do my best.  I'll also see how many different ways of describing this gesture I can come up with. So many images of celebrities giving the finger have clearly been Photoshopped. This one, by gum, has not.
(Photo from Johnny Cash Gives You the Finger) 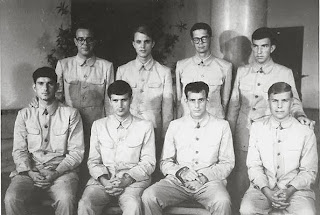 One of the North Koreans' photos of some of the crew of the USS Pueblo. Can you spot the bird being flipped?
(Photo from the USS Pueblo Digit Affair) 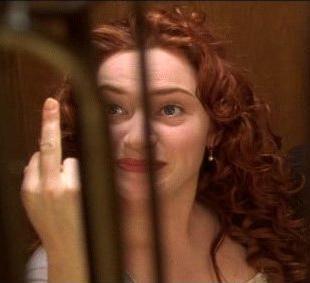 Here's the group photo.  The guy in the back left is, um, gesturing in a singular fashion.
(Photo from Wikipedia) 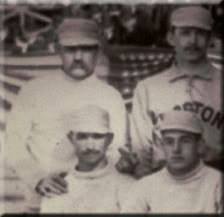 In case you can't see, here's a close-up.
(Photo from SB Nation)

A gif made to look like a plate from some book supposedly from 1415 that is demonstrating the entirely mythological "pluck yew" tale.
(Image from Lilolia)

Statue of Caligula. You can practically hear him saying, "Kiss it. Go on, kiss it!"
(Photo from United we stand) Greek philosopher Diogenes (412 BCE - 323 BCE), who rejected all sorts of niceties of society, lived in a jar or tube, spat on people, masturbated in public, and was a fan of giving people the finger.
(Painting of Diogenes by John William Waterhouse, from Wikipedia)

SOCRATES: Well, to begin with,
they’ll make you elegant in company—
and you’ll recognize the different rhythms,
the enoplian and the dactylic,
which is like a digit.

STREPSIADES: Like a digit!
By god, that’s something I do know!

SOCRATES: Then tell me.

STREPSIADES: When I was a lad a digit meant this!

[Strepsiades sticks his middle finger straight up under Socrates’ nose]

SOCRATES: A detailed knowledge of rhythm enables you to socialize effectively in polite company and seem refined and cultured. You'll know about martial modes and dactylic meter . . .

Beating the rhythm with your fingers!

STREPSIADES: I know how to beat with my fingers, by Zeus!

SOCRATES: You do? Tell me about it.

STREPSIADES: Well when I was a young lad it was this . . .

[Strepsiades grabs and shuffles his phallus.]

SOCRATES: Gods! You are nothing but a village idiot! 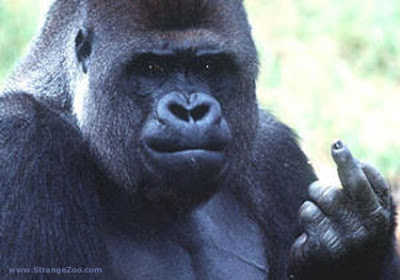 (Photo from somewhere on StrangeZoo, but sourced from Cracked)

I've been reading about butter lately.  Not margarine, actual butter.  Here are some things I have learned:

Butter. Smooth, creamy, a hint of salt.  But what color should it be?  Yellow?  Cream?  Ivory?
(Photo from 5 Degrees of Inspiration) Milk that's been churned (or that's gone through about 5 minutes in the food processor) and that has separated into buttermilk and fat solids, which are yellow.  The fat solids are what becomes butter.
(Photo and instructions for how to make your own butter with a food processor from Food Renegade)

(By the way, this is what annatto is. Sorry for the scary-looking picture, but that's how it grows.)

Seed pods of the achiote tree, which grows in South America
(Photo from Wikipedia)

The seeds are harvested and ground up, and the powder is then used to make an oil that will turn food yellow or orange very easily.
(Image from Karma-Free Cooking) 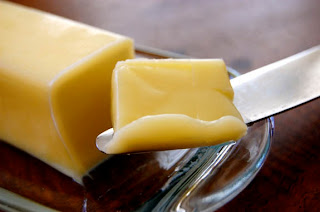 Or should butter be more yellow, like this?
(Photo from The Gluten Doctors) Here's another margarine ad, this one with the E-Z Color Pak.  When they spell it funny, you know it's kwality.
(Image from Ancestors in Aprons) Food Renegade's homemade butter -- made from raw cream that came from grass-fed cows.  The yellow is from the grass, not from adding added coloring.  But if she made another batch of butter using a different type of cream, probably the color would have turned out slightly different.
(Photo from Food Renegade)

Here's the best part about butter, how it melts on things like this muffin, and makes things all warm and melty and creamy and mmmm.
(Photo from Wikimedia)


Sources
Doug & Linda's Dairy Antique Site, Other Dairy Antiques
Wikipedia (German) Butter
Dairy Farmers of Canada, Butter Facts & Fallacies The Society Pages, The Politics of Yellow: Butter vs. Margarine
Kendra Smith-Howard, Pure and Modern Milk: An Environmental History Since 1900, page 60ff.
The Nineteenth Century and After, vol 62, 1907, page 413
Anthony S. Wohl, Adulteration and Contamination of Food in Victorian England
Posted by the apple lady at 2:59 AM No comments: Links to this post

Regular Daily Apple reader John of Gaunt wants to know where the "shame on you" gesture came from.  You know the one, where you point one finger and scrape the forefinger of the other hand down the top of it over and over.

We used to say "tsk tsk" while doing this, or "naughty, naughty."  It was usually a way one kid told another in a sing-song sort of way, "Uh-oh, you're about to get in Troub-le."

I haven't thought of this in YEARS.  John of Gaunt says he hasn't either, but it came up in conversation and nobody knew where the gesture had come from. It seems to be something that kids do, but adults generally don't.  Unless they really want to infuriate or tease somebody. 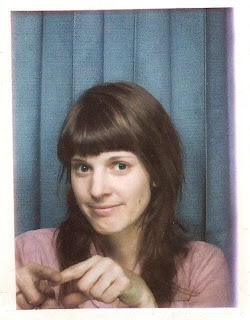 "Shame, shame" should probably have an "I don't really mean it" expression accompanying the gesture to show you're teasing. Otherwise you could really tick someone off.
(Photo from SPOAG - Society for the Preservation of Anachronistic Gesture)

Making the shape of the cross with your fingers.  This photo is a bit blurry, but it was the only non-stock photo of this gesture that I could find.  You would think, with the number of times that people have done this in horror movies, that pictures of this would be everywhere.  Nope. Everything is of crossing your fingers.  Not the same thing. And in my opinion, making the shape of a cross and rubbing your finger over the top of the other in a "shame, shame" gesture are also not the same thing.
(Photo from Freethinker's Corner)

"At close quarters, pointing at another human being is almost universally considered an aggressive, hostile, or unfriendly act. Because it focuses so much attention upon the recipient, close-quarters pointing is frowned upon throughout the world." [quoted from a page no longer accessible online]

Unpleasant to be pointed at, isn't it?  After about 3 seconds of looking at this, you want to smack that finger away, don't you?
(Photo from Flickr via International Business Times)

Posted by the apple lady at 6:49 PM 2 comments: Links to this post

I've had a question!  Intrepid Apple reader Melliflua wants to know what is meant by "fast-acting" yeast.


I don't have any context for this question -- is Melliflua making bread and wants to know whether one kind of yeast that doesn't say "fast-acting" will work just as well? -- only that she wonders what it is.  She doesn't want a whole Apple per se, just wondering.

So, in the spirit of doing entries more often, but keeping them shorter, I won't get into the long-standing mystery that is yeast.  I'll just give you the 3 varieties that are typically sold in stores today and tell you how they're different.

Yeast -- but what kind?
(Photo from Red Star Yeast)

Fresh yeast is sold in compressed blocks like this. Looks like tofu or tuna or anyway not so appetizing. If you're a commercial baker or especially Martha-Stewart-particular, you may go with this type.
(Photo from Big Black Dogs) Active dry yeast, out of the package
(Photo by Donna Turner Rulman) Fast-Acting or Instant or Rapid Rise or Bread Machine Yeast


These are all the same type of yeast:

(Photo from What Is Cooking Now)

(Photo from The Kitchn [not a typo]) 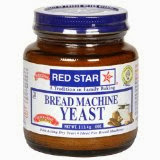 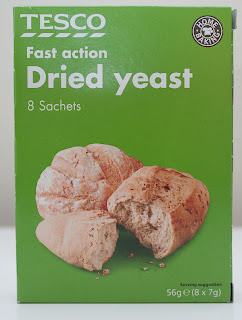 
How's that, Melliflua?  Did I answer your question?

Sources
Nigella Lawson's Kitchen Queries, Different Kinds of Yeast
The Kitchn [not a typo], What's the Difference? Instant, Active Dry, and Rapid-Rise Yeasts
Fleischmann's Breadworld, Active Dry Yeast vs. Rapid Rise Yeast and Frequently Asked Questions
Pillsbury, All About Yeast Breads
What's Cooking America, How to Use Yeast in Bread Making)
Posted by the apple lady at 2:32 AM 1 comment: Links to this post

Apple #655: How the Grinch Stole Christmas

OK, so I planned to do this entry before Christmas, but then there were cookies, and there was gift shopping, and then there had to be packing, and the Daily Apple just didn't happen.  Then the vacation happened, and it seemed like the time for the Grinch had passed.  But now I'm realizing that if I don't do the Grinch entry as I'd planned, I won't get back in the Daily Apple swing of things again.

So I now bring you, many days after Christmas (but wouldn't it be nice if the Christmas spirit lasted longer than just one day?) the facts behind How the Grinch Stole Christmas -- the TV special.  Ta-da! Maybe you're all like this: Christmas is over. So what. Big deal. Well, let's see what I come up with here.
(Image from Animated Views)

Not only does Tony the Tiger say that Frosted Flakes are grrrrrreat, he also sings things like, "Your brain is full of spiders, and "You have termites in your smile," and "You're a nasty wasty skunk."
(Kellogg's Tony the Tiger image sourced from Delish) 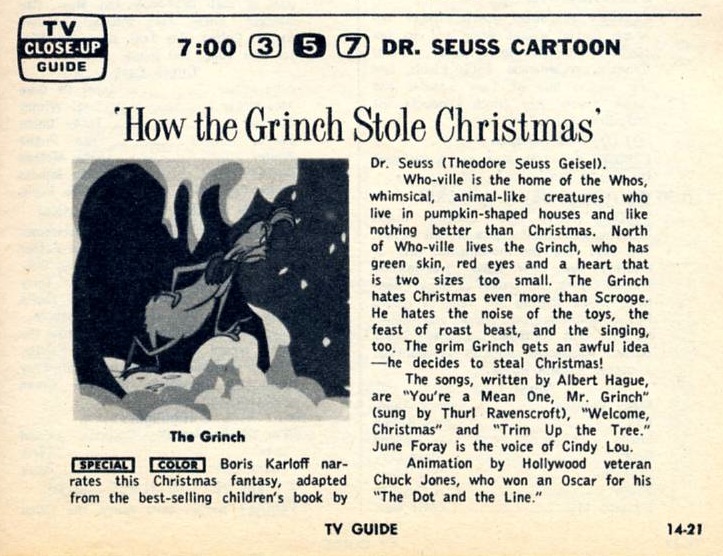 From TV Guide's "close-up" mini-piece on the first airing of the Grinch in December 1966.  I don't know if you can read it in this incarnation, but Thurl Ravenscroft is given credit here. (Click here for a larger version of the TV Guide Close-Up)
(Photo from Tulgey Wood)

Anna and the King. She's wondering, "Do you suppose my great-nephew will turn out to be a Grinch?" The king considers the matter, too.
(Screen shot from The King & I from The Anchor)

OK, now here's Boris Karloff for real.  From L to R, Seuss, Karloff, and animator Chuck Jones looking at storyboards for the Grinch.
(Photo from chained and perfumed)

One of the pages from the book.  No Grinchy green.  Only black, white, and touches of Christmas red.
(Image from DownloadCheapApp) 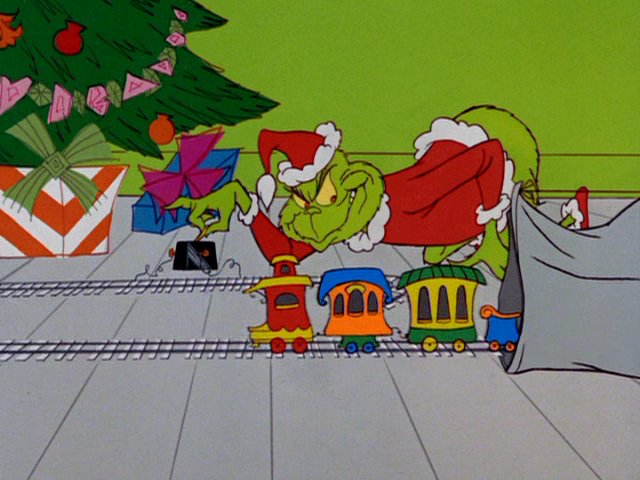 He looks much meaner here, don't you think? Such a Grinchy grin.
(Screenshot from Christmas Specials Wiki) Who would have thought that such a nice, friendly, supportive, caring teacher like Mr. Shorofsky could have written the song about the Grinch?
(Image from Mark Perkins on Flickr) 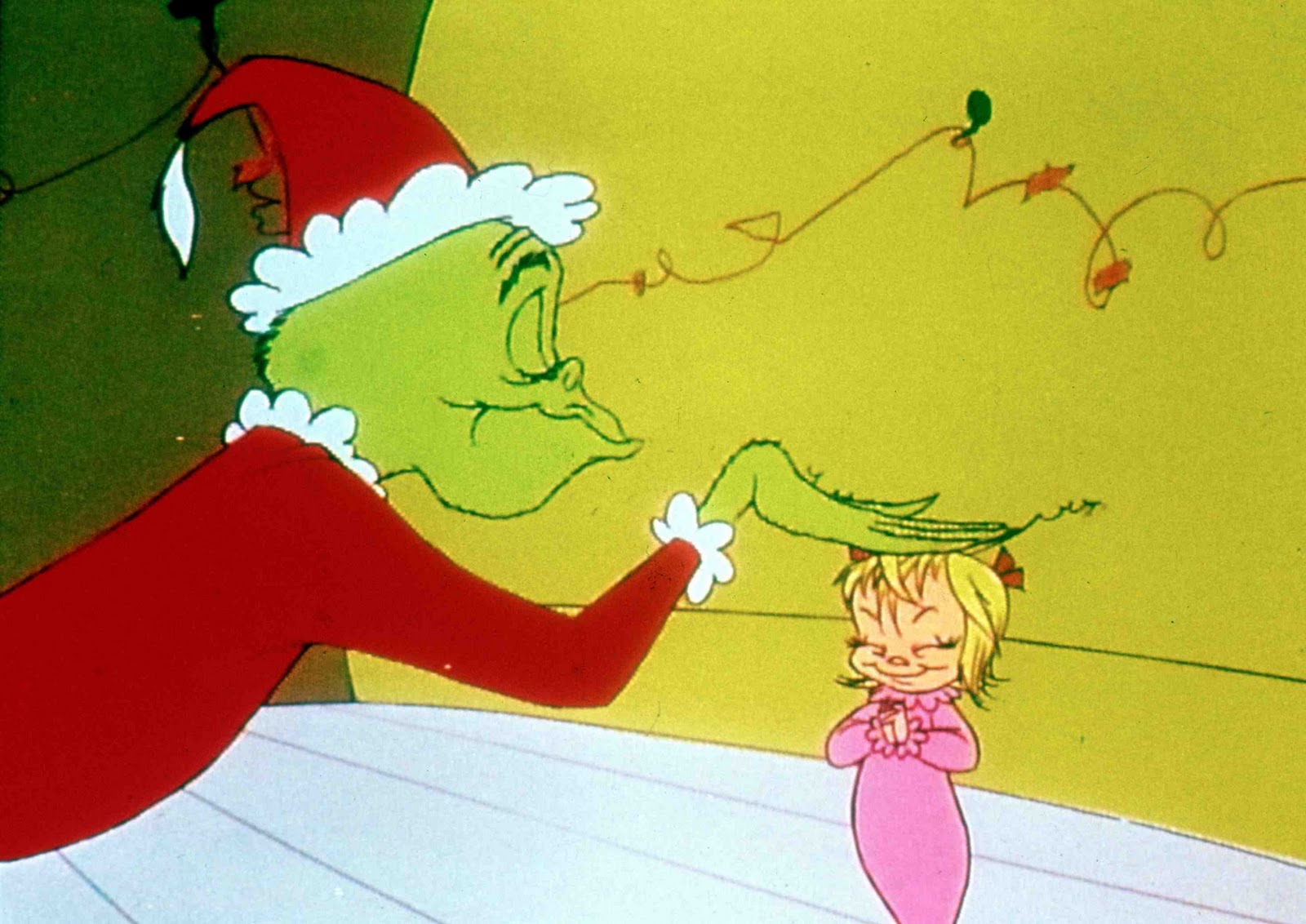 This moment creeps me out to no end.
(Screenshot from Jenny in Ottawa)


Here's what she has to say about the voices she's done.  She mentions doing the Grinch "for Chuck" -- she means Chuck Jones, animator. 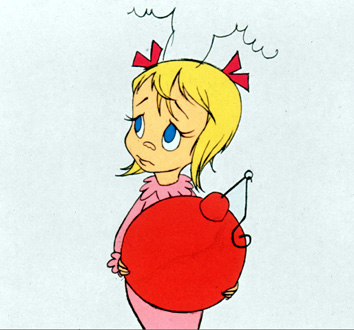 Why, Santy Claus, why?
(Screenshot from Seuss-ipedia)

Welcome Christmas, while we stand
Heart to heart and hand in hand.

(Screenshot from Dad Is the New Mom)