I went to hear former President Clinton give a commencement speech today, which meant that I was sitting in the sun for about three hours. Silly me, although I wore sunglasses and a hat and brought my own bottled water, I did not put on sunscreen before going to the ceremony. Bah, I thought, I'll be fine.

I now have one of the worst sunburns I've ever had. It is not the worst because I left as soon as Clinton stopped speaking. I knew I was getting burned -- my skin looked bright red through my sunglasses though it looked the same without my sunglasses -- and when I scratched near my collarbone where the skin is thinner and very sensitive to sun, it stung. As soon as I could, I practically ran to get out of the sun. But this burn is pretty bad. Some six hours later, my skin is deep red, flaming hot, and tingling and prickling. I'm also feeling slightly nauseous. Bleah. 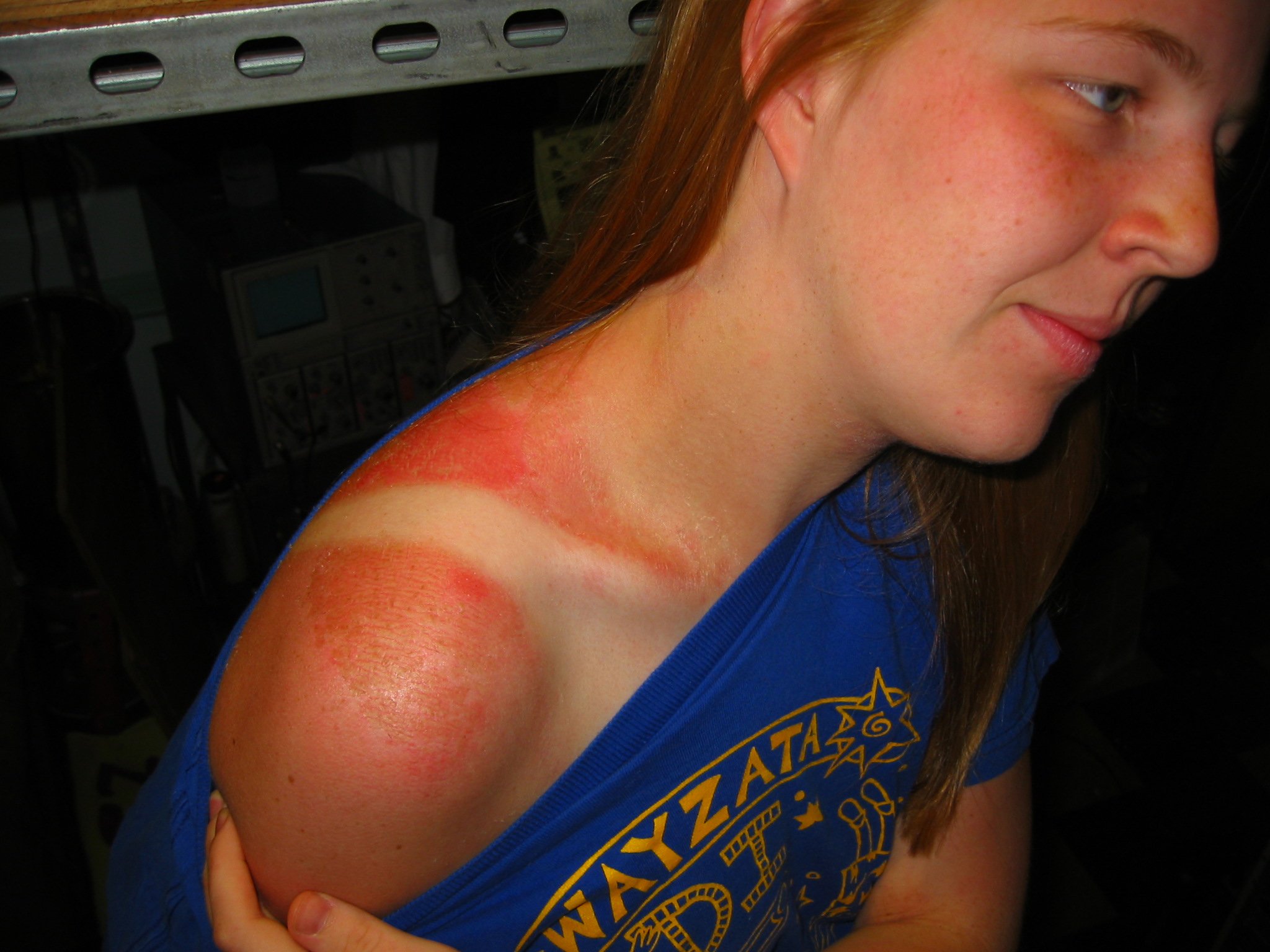 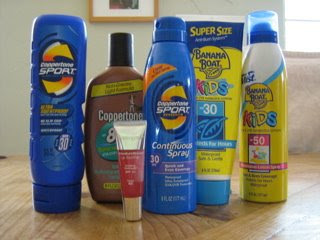 Relatively new sunscreen products, all with high SPFs
(Photo from Blog This Next's pages on sunscreens)

[update: The FDA will soon require sunscreen manufacturers to indicate on the bottle whether their product protects against UVA rays, and to indicate the strength of that protection by displaying stars -- the more stars the stronger the protection.]

The best stuff I ever used after a sunburn was a blue aloe vera gel. I can't remember now the exact name of the product, but it was something like this. Except this has Lidocaine in it, to which some people are allergic.
(Photo and opportunity to order from Drugstore.com)

This person's shoulder was sunburned so badly, blisters arose. This blistering means he sustained a second-degree burn. If you burned your hand on the oven, say, enough to get a second degree burn, you'd take that pretty seriously, wouldn't you?
(Photo posted at Gadling.com) 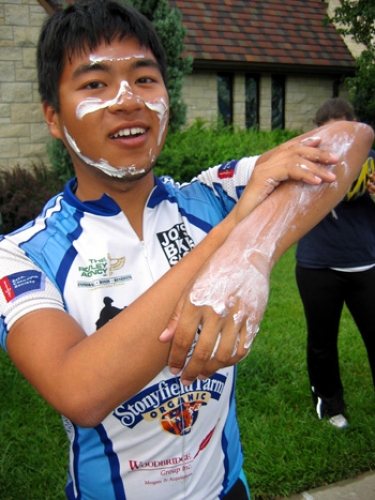 This bicyclist is applying sunscreen, and look how happy he is!
(Photo from the Hopkins 4K for Cancer)


Your skin is your friend. Be nice to it.

(This includes you, too, Apple Lady!)