I've heard that left-sloping handwriting means you can't trust someone, but that might just be an extension of the notion that left-handed people are evil or that left-handedness is a product of the devil--my mother-in-law tells tales of nuns slapping her hand with a ruler when she tried to write with her left hand. Has there been a Daily Apple about this? I'd read the shit out of that!!

Actually, Roxanne's enthusiastic request covers two topics: the notion that left-handed people are evil, and whether left-sloping handwriting means its owner is untrustworthy. And really, the second part of that question may relate to issues of graphology in general, which is a rather large topic and one best tackled on its own.

So I'm going to take up the topics separately, and left-handedness first.

The way Rick is holding the pen is one of the many inventive ways left-handed people use to write so that they don't smear the ink just after they've put it on paper.
(Photo from The Nibster, a really interesting site that makes and sells specialty pens and nibs)


Some Facts to Start With

The funny thing about left-handedness is that it doesn't take very long for the conversation to veer off from known facts into superstitions, claims about people's character, and their tendency to be bad people. It seems like, even with all our fancy science, we still hold a lot of superstitions about left-handed people.

I'll start with the most basic facts I found, and then you'll see how quickly the topic turns toward speculation and finger-pointing. 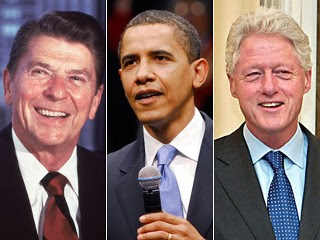 What do these men have in common? They're all lefties! Yes, possibly even Ronald Reagan!
(Photo from Rants 'n Reviews) 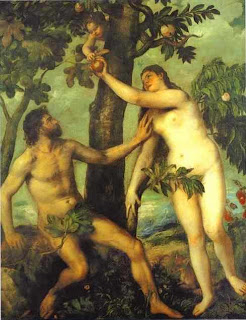 Here, Satan is in the middle, but Eve is taking his apple with her left hand. She's also standing to Adam's left, and he's pushing her away with his left hand. This is a good example of another equation that also gets made, which is that men = right and thus strong or good, and women = left and thus weak or bad.
(Image from Bartered Breath)

The ancient Egyptian god Set is the god of chaos and storms and destruction and sometimes he is also evil. He is known as "the Left Eye of the Sun." He is associated with animals like crocodiles and hippos, which are considered unclean. He is usually depicted holding his staff in his left hand.
(Photo from Ancient Treasures)

Cesare Lombroso, the man who brought all sorts of superstitions and prejudices about left-handed people into the realm of 20th century science.
(Photo from goodquotes.com)

Good Stuff about Being Left-Handed

Barack Obama, waving with his left -- and to us viewers, his preferred -- hand.
(Photo from Hand Facts)

To counter what seems to be a stubborn prejudice, I'll list just a few of the famous people throughout history who were or are left-handed.

Einstein says: Ha ha, I'm left-handed and you're not.
(Photo from Jokes with Einstein)

Napoleon said, "I want all of that over there," and he took it with his left hand.
(Image from Knarf's class at U Penn on Napoleon)


Kings, Queens, and Other Leaders

Queen Victoria was left-handed. How unconventional, how un-Victorian of her! Here she is pictured with her beloved Collie, Sharp, at her left side.
(Photo from The Border Collie Museum)


Supreme Court Justices and other Lawyers

One of the tests for left-handedness is to fold your hands and see which hand is on top. In Ruth's case, it's her left.
(Photo from Felber Frolics)

Escher's Drawing Hands -- possibly a reflection on what it feels like to be left-handed?
(Image from io9)

Would that we all could be as dashing as Cary Grant. Who happens to be left-handed.
(Photo from the Museum of Modern Art, sourced from the Encyclopedia Britannica blog)

James Baldwin. Left-handed. Simple as that.
(Photo from Joe Vogel)

Right-handed batters supposedly have a harder time hitting against left-handed pitchers. Especially when they're Cliff Lee.
(Photo from Observing Baseball)

Jimi Hendrix. Possibly one of the most creative musicians of modern times. Also left-handed.
(Photo from Jimi Hendrix.net)


Good People
my dad
probably lots of people you know too


Sources
Perri Klass, M.D., On the Left Hand, There Are No Easy Answers, The New York Times, March 6, 2011
The Left-Handed Advantage, ABC News, February 17, 2005
The Health Risks of Being Left-Handed, The Wall Street Journal, December 6, 2011
David E. Rosenbaum, On Left-Handedness, Its Causes and Costs, The New York Times on the Web, May 16, 2000
Howard Kushner, Cesare Lombroso and the pathology of left-handedness, The Lancet, January 8, 2011
Quora, Handedness: Why was there prejudice against left-handed people?
Uncle Taz, Left-handedness
5 surprising facts about left-handed people, The Week, May 2, 2011
AccessScience, Does "handedness" exist among other animals?
Anything Left Handed, Left-handed animals?, A Left-Handed History of the World
About.com, Left-Handed Artists
M.K. Holder's list of Famous Left-Handers
Posted by the apple lady at 8:55 PM