A while ago, a friend of mine asked me what is my favorite flower. I had never thought about that before, but the first answer that came to mind was roses. The more I thought about it, the more I realized that's true.
I think that usually, the plant itself isn't all that attractive. All stem & thorn. But the flower, to my eye, is the king of flowers. Such an abundance of petals! And they overlap in one of those mysterious natural patterns that seems random but at the same time makes perfect sense. As the rose blooms, it seems as though more and more petals appear, and the color becomes even more lush.

And if the rose has a fragrance, hold the phone and hang up your hat, it's all over, nothing else compares.

I imagine that the roses Archer keeps buying look something like these.
(Photo from Cards by Tom, where you can order cards made with photos of roses)


I also considered buying myself some roses from the grocery store after Valentine's Day. But the only ones they had left were a strange lavender color, and that didn't seem right at all. So I got tulips instead. But the tulips turned out to have an odd, pungent fragrance. So every time Newland Archer gives Countess Olenska more yellow roses, I am jealous.

Because they're on my mind, I thought it would be nice to know more about roses.

Sheila's Perfume is a Floribunda (Modern Rose), first introduced in 1985.
(Photo from The Gardens of Petersonville) 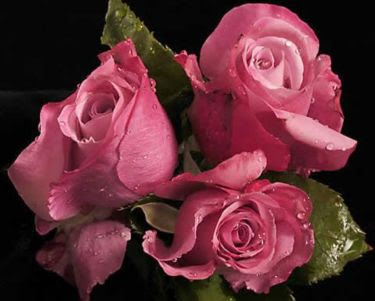 A Fragrant Plum. It has a strong, fruity fragrance, and its blooms are mauve (a cross between pink and purple).
(Photo from Noteworthy Fragrances)

The Reine Victoria is a Bourbon rose, one of the types of Old Garden Roses. This was first introduced in France in 1872. It has a lush fragrance and is a repeat bloomer.
(Available from Beeches Nursery in the UK.)

The Autumn Damask is an Old Garden Rose highly prized by the Romans, who used this variety to make scents. Sometimes it's also called the Rose of Castile.
(Photo from Old Garden Roses and Beyond)

La France is generally considered to be the first Hybrid Tea rose. With a silvery pink color, this repeat-flowering rose also has an exceptional fragrance. Each bloom has around 60 petals.
(Photo from Country Garden Roses) The Peace rose, first grown in 1945 in France to commemorate the Allied invasion, was chosen for the World's Rose Hall of Fame in 1976. I remember when my mom got a couple of Peace rose bushes, and it was probably around that time.
(Photo from Wikipedia's page in French on the Peace rose grown by Madame A. Meilland)


They're just spectacular, aren't they? 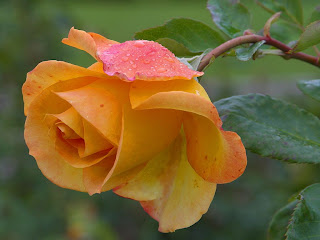 
You can find more photos of roses at Yvonne's page of her favorite roses. One after another, they're all really beautiful -- and she grew each one herself. They're alphabetical by rose name. Bob Bauer's Pictures of Roses also has some lovely photos.


Edit: I went to a rose garden recently (2011) and took a lot of photos of roses. Thought I'd share some of them with you here. 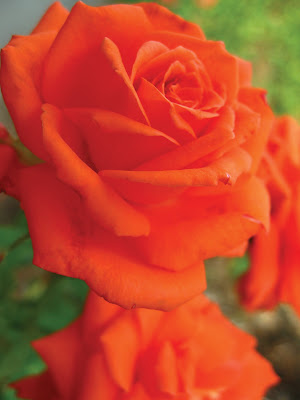 Marina, which was smaller than it looks here, the petals tightly packed. This is a Floribunda introduced in 1974.
(Photo by the Apple Lady) 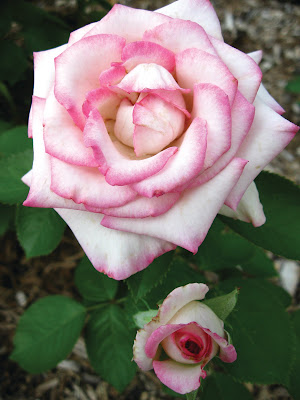 Meet Lynn Anderson, the rose. It's a Hybrid Tea introduced in 1993.
(Photo by the Apple Lady) 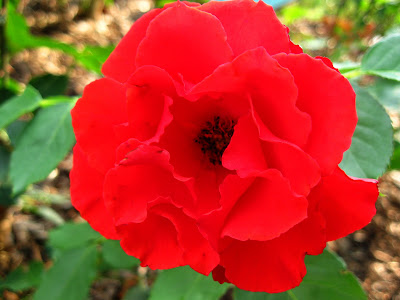 Proud Mary, the rose. The petals on this one are looser than the usual rose petals. I had trouble finding out much about this, other than that it's a Hybrid Tea.
(Photo by the Apple Lady) 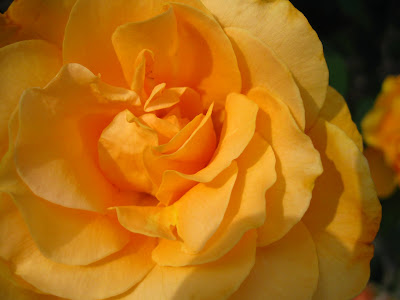 This yellow rose is called Strike It Rich. It's a Grandiflora, and the bush stood pretty tall. I'm not sure when it was introduced, but it won the AARS award in 2007.
(Photo by the Apple Lady) 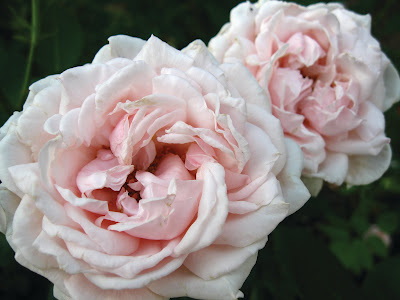 Early Morn, which is a Hybrid Tea, first grown in 1944.
(Photo by the Apple Lady)

Sources
Lois Ann Hegelson, "Fragrance in Roses," American Rose Society
James Alexander Gamble Fragrance Award, American Rose Society
Classification of Roses, American Rose Society
Carol Quin, "The Rose Through Time," Coastal Grower, Winter 1997-1998, republished at the Old Rose Nursery
The Rose: From Ancient China to Your Backyard, The History of Roses, Flowers Australia
Bob Bauer's Roses and Everything About Them, There Are No Blue or Black Roses
Tea Roses, Old Garden Roses and Beyond
Help Me Find - Roses -- searchable catalog of over 31,000 varieties of roses
Rose Hybridizers Association offers lots of tips on how to hybridize
Posted by the apple lady at 7:40 PM