For some unknown reason, I have that song, Zip-a Dee Doo-Dah in my head. Especially the line about "Mr. Bluebird's on my shoulder." I am not feeling all happy-skippy, just sort of ordinary. But the song is in my head even so.

The song is utter pap, and not what I'm wondering about. I am, in fact, thinking about bluebirds.

My mom often says that bluebirds are not so common anymore, that she might see blue jays out & about, but she hardly ever sees a bluebird.

So what's up with that? Where do they live, and where might it be possible to still see one?

A male Eastern Bluebird. How pretty! No wonder my mom gets excited when she thinks she's seen one.
(Photo from the North American Bluebird Society) The Western Bluebird (male) has orange on its chest, but the blue also extends around his neck under his chin.
(Photo from Wikipedia) The Mountain Bluebird (male) is almost all bright blue. He's almost too blue to be believed!
(Photo from Wikipedia)

The Mountain Bluebird's habitat in the Western Hemishere. They prefer open areas like meadows, where they can spot lots of bug activity.
(Map from the Cornell Lab of Ornithology) 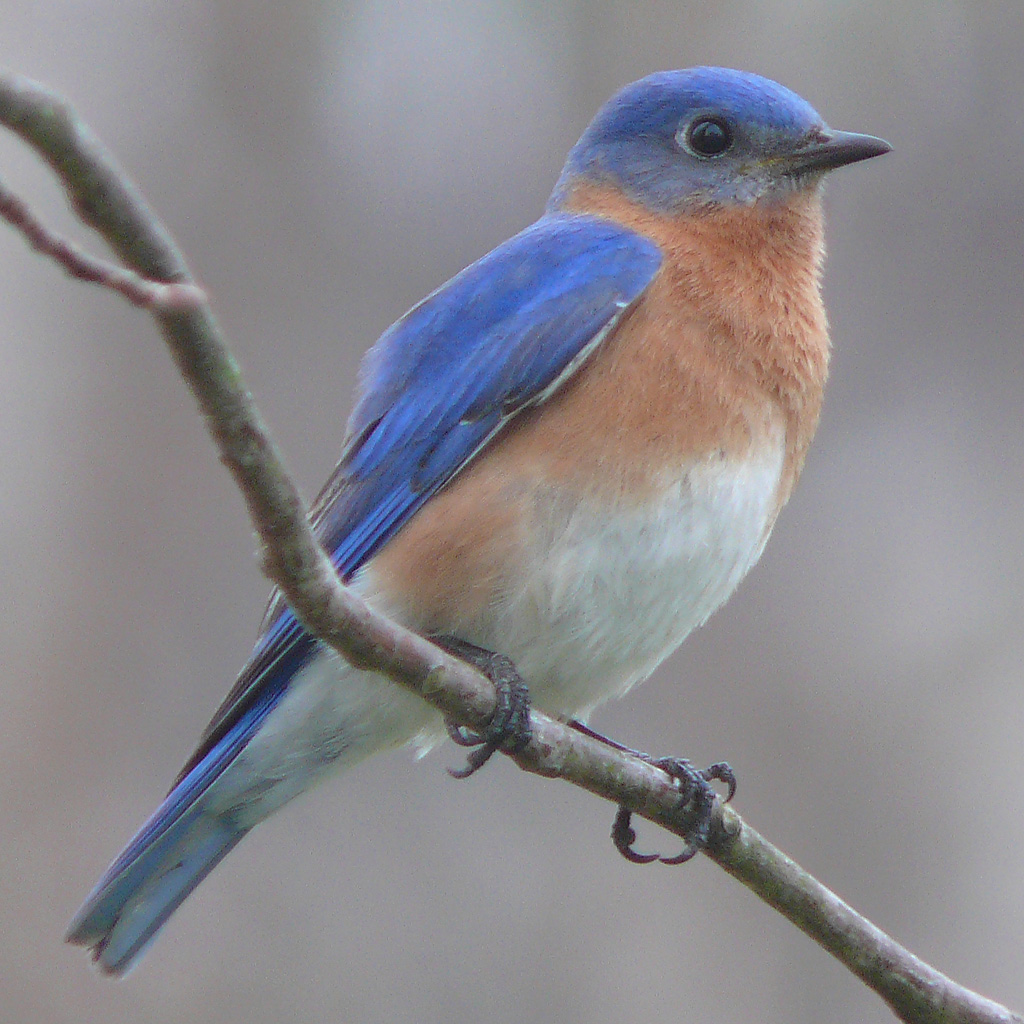 An Eastern bluebird, judging us not.
(Photo from Flighty Thoughts from the Bird Lady)

Bluebird nesting box. Notice that there's no perch. That's important because sparrows like nesting boxes with perches, so if you leave off the perch, you're more likely to get a bluebird than a sparrow.
(Photo from Ranch Ramblins, from a page about how this blog owner built not just one bluebird perch but a trail of perches in Oklahoma. Lots of photos & tips)