My state is one of several that allow for early absentee voting, and today I voted.

I figured that on Tuesday, my polling place would be super crowded, and I also thought I might like to volunteer in some way on that day. So I decided I'd vote early. I decided to go to the absentee polling place today, thinking that on a Sunday afternoon maybe there'd be fewer people than on a Saturday. I figured wrong.

The actual task of filling out the ballot, actually voting, took about four minutes. But it took me six hours and fifteen minutes of waiting in line to get there.

There were volunteers handing out free food -- pizza, apples, snacks, and water -- and they also set out chairs for us to sit on as we moved through the enormous line. But I was still very hungry by the time I got home, and my feet and my knees are really tired from all that standing on cement floors. I've eaten dinner now, but I haven't had enough of lying down with my feet up, so I'm going to go do that some more. Tomorrow, I'll tell you some tidbits about voting.

In the meantime, hooray for voting!

Okay, it's tomorrow. Here are some of the reasons I love voting.


For starters, it's quite rare.


Lots of people worked and fought for a long, long time for the right to vote.

Let's take just the history of the United States. I realize this leaves out several thousands of years of global history, but I can't cover the political history of the world here. I'm just trying to illustrate a concept.

The Declaration of Independence, written in 1776, basically said that Great Britain was not a Free Democracy, and so this group of people was going to establish its own Free Democracy.

Signing of the Declaration of Independence. Sure, it's a lot of white guys, but notice the crossed swords and flags on the wall. Even they had to fight for their rights.
(Image sourced from justmytruth)


In between then and now, there were literally wars -- the Revolutionary War, the Civil War -- when people fought and killed each other over their rights and the rights of others. In addition, there were also marches, protests, arguments, fights, riots, people getting thrown in prison, and all sorts of less violent battles in which people struggled for their rights and the rights of others.

So here's a timeline of the Constitutional Amendments related to voting rights. What I think about, more than the dates themselves, is the time in between the dates. I think about, in those intervening years, all the work that went on to achieve the next milestone, and how long it took to get there.
Those dates, by the way, are when the amendments were proposed. In some cases, it took individual states a long time to get around to ratifying a particular amendment. North Carolina, for example, didn't ratify the amendment getting rid of the poll tax until 1989.

Lots of states took a long time to ratify the women's right to vote. Mississippi didn't ratify the amendment until 1984 -- a full 65 years after it was proposed.

To most of us, this might seem like a pretty commonplace act.  But actually, this is the culmination of centuries of struggle.
(Photo from the grio)

Sure, when politicians are campaigning, people try to persuade you to think this way or that way. They tell you things to try to get you to agree with them, or to disagree with the opposition. They show you pictures, they play stirring music, they might call somebody else names, or they might call you names -- all to try to get you to think what they think. But in the end, when you get your ballot and you go to mark your vote, there's nobody else in there with you. It's just you and the ballot and the pen.

(Photo from Pick's Picks of the Day)


No matter what anybody else tells you beforehand, you get to say what you think. Not the guy standing next to you, not your mom or your dad, not your spouse or your child, not your so-called friend who pushes you around, and not the people on TV either. Just you.

You get to walk up to the table, ask for your ballot, and fill it out. It doesn't cost you any money, and you get to say what you think.

Living in a free democracy as we do, what you say matters. People will listen. Yes, a majority vote is required, but your vote will be counted. It will add up, and your choice will be heard, and things will happen as a result.

After the election and the results are in, somebody will start a new job. Somebody else will pack up his or her desk and go do something else. Your community might start picking up trash better than it used to because everybody decided that ought to be done in a different way. Your city might change the way it runs its schools because the majority of your city agreed that it should. The way your state manages its water resources might change because you agreed that it should. The way our country operates in any given way might change because we voted so. 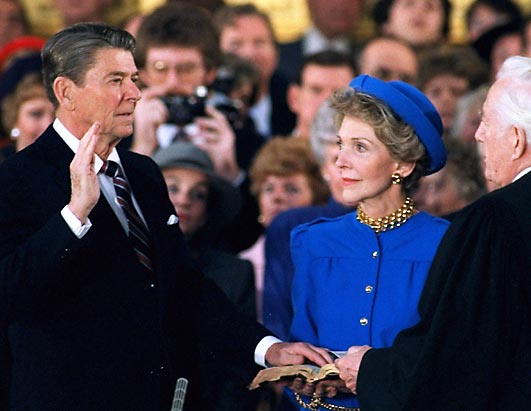 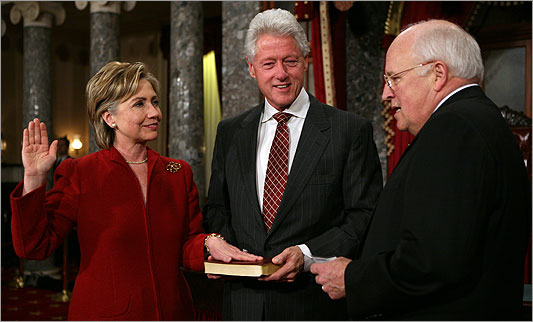 In how many other aspects of your life do people in power ask you what you think, you tell them, and things change because of what you said? That's what voting is.