What about doing a daily apple entry about the disposable lighter? i know zippos and other butane lighters have been around for awhile, but what about the plastic disposable Bic? So ubiquitous these days.

Ah, yes. Having been a smoker for several years, I suspect this entry will be of greatest interest to those of you out there who are smokers. You probably have a favorite brand of lighter. You may even prefer a particular lighting mechanism that fits best with your thumb, or one whose flame won't gutter out in the wind. Perhaps you prefer a lighter that is adjustable, maybe one with the solid as opposed to translucent body, perhaps you even prefer one particular color of lighter over any others. It's all part of the ritual, I know.

Now you can find out all about the background of your second-favorite companion, your necessary tool that gives you flame, your disposable lighter.


To be clear, "disposable lighters" refers to those low-cost plastic lighters that can be refilled (semi-disposable) as well as those that can't, and "luxury" lighters that are fancier but are still plastic. Basically anything but a Zippo is pretty much considered disposable.

These are refillable but still disposable.
(Photo from BeWild.com)

THE STORY OF DISPOSABLE LIGHTERS

A Cricket lighter today.
(Photo from Exchange3D, which also has 3d images of the interior of the lighter)

Hard-to-read diagram of the workings of a BIC lighter.
(Diagram from BusinessWeek)
More details on how lighters work are available from FindTarget Reference.

Now BICs are sold with the child-resistant guard, which is a metal band that goes over the spark wheel. I think the guard is supposed to make it harder to turn the wheel and thus light the lighter. I never saw that much of a difference with these, but some people are really annoyed by the guards, and they pry them off.
(Photo from Total Merchandise UK)

Lighters targeted to the younger crowd.
(Photo from Empire Distributor) 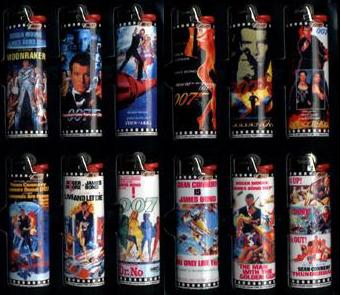 Pretty much whatever you want pictured on your lighter, you can get. These are James Bond 007 BICs. Judging by the number of James Bond lighters I found pictured online, they seem to be in-demand.
(Photo from the James Bond Shop)

Mythbusters. If I trusted the results of their experiments before -- and I'm not sure whether I did -- I sure don't now, after reading their conclusions about whether or not exploding lighters is a myth.
(Photo from metapedia)


So what's the upshot? The Apple Lady who cares about people's safety and does not want to recommend that her readers do anything that would jeopardize life or limb wants to urge people, if you must buy lighters, please don't buy the disposable ones.! Go for the Zippo! Or if you don't want to spend that extra money on keeping your nose from getting burned off and you still must have the disposable variety, then be sure to choose one that does have the extra safety features on it.

Notice how the Zippo lighter has a lid that snaps closed. This ensures that the flame will be put out for certain, thereby reducing the likelihood of the majority of the accidents described above. The fact that Zippos are made of metal and thus won't melt or develop punctures is another key feature.
(Photo from automotive.com)

(Photo from Talkkok Realm, which also has instructions.) 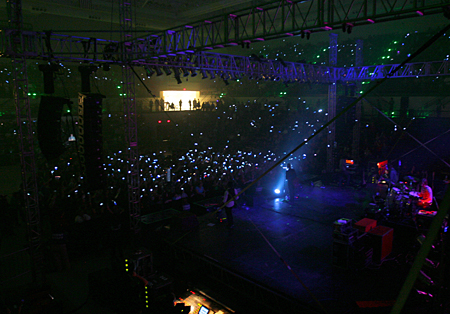