To all you faithful Daily Apple readers, I'm sorry I missed my usual Sunday night post.  I went out of town over the weekend and unexpectedly had to stay an extra day.

Worry not.  Here's a fresh entry.

A jaguar wearing jodhpurs in the jungle may attack the jugular, and then you'd really be in jeopardy. 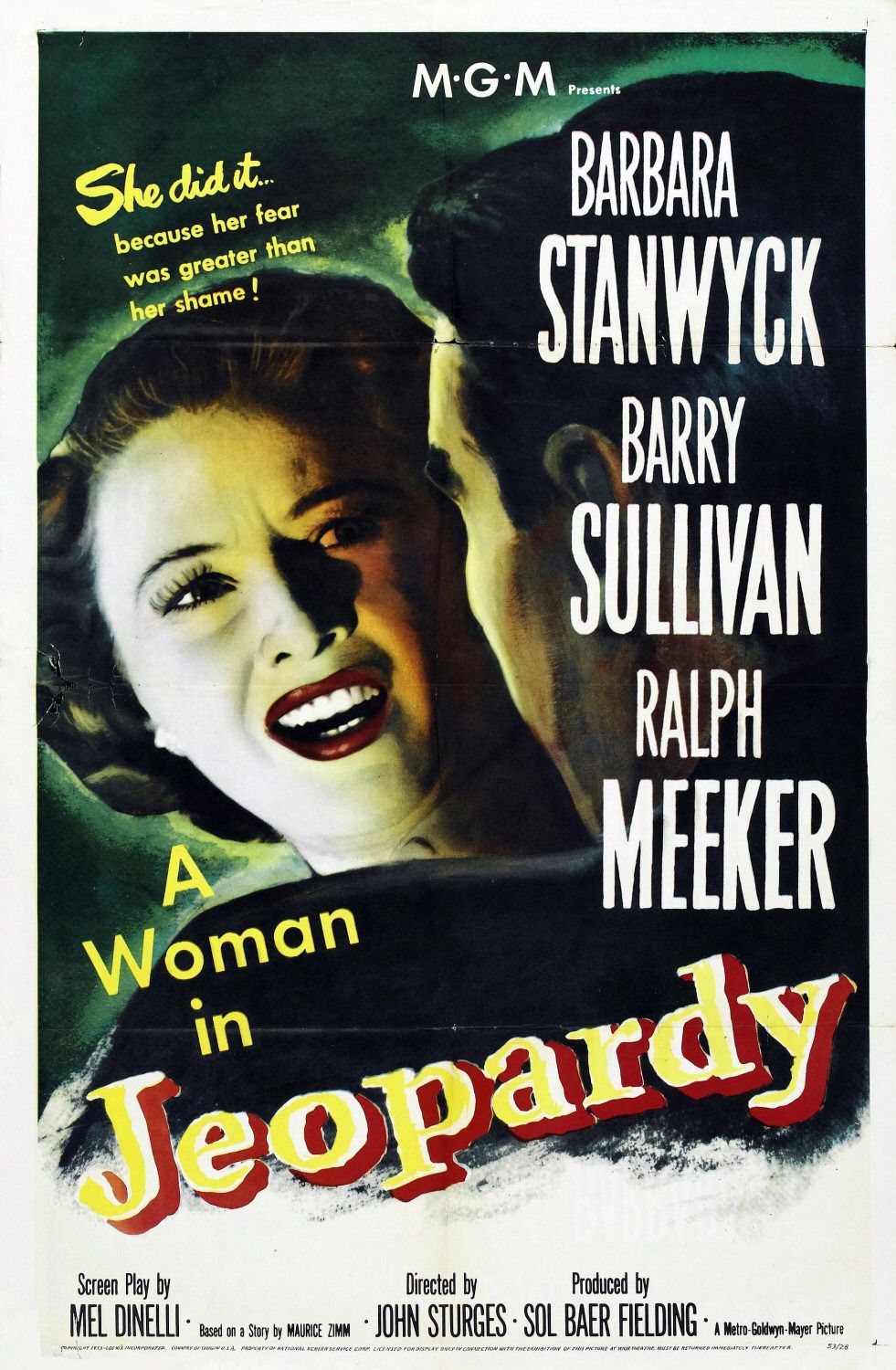 This is more like how we usually think of "jeopardy," rather than in terms of a situation in chess.  This movie, by the way, is titled Jeopardy. In it, Barbara Stanwyck's husband gets his leg trapped under some logs so she goes to find help but unfortunately gets kidnapped.  Can she free herself in time to save her husband?
(Image from IMP Awards)

All those screens hold so many questions. Or should I say answers.
(Photo from jimmylin.com)

On that note, I am going to conclude my series on words that start with the letter J.  Hope you enjoyed it.