I hope you've all had a happy Easter.  I was out of town yesterday for the holiday, so I missed my usual Sunday post.  But I'm back today.

I went to the place where I grew up, which is near lakes.  The place where I live now is near lots of rivers.  I've always preferred lakes to rivers, but since there are so many rivers around me now and since that's where I go to see fresh water, I thought it was high time I learned a few things about rivers. 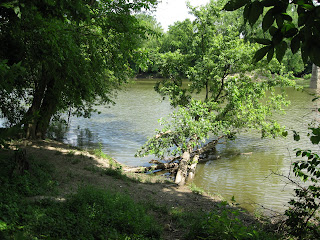 One of the rivers near where I live.
(Photo by the Apple Lady) 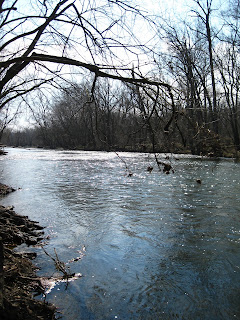 Another river near where I live.  Even though this looks pretty big, it's called a creek.
(Photo by the Apple Lady)

A map of rivers in the United States, with the Mississippi in red.  One time in 1899, the entire Mississippi froze, from Lake Itasca to the Gulf.  It stayed frozen for four days. The ice was two inches thick at New Orleans.
(Map from Science Facts) The Amazon River basin, with the Amazon itself highlighted in purple.
(Map from Wikipedia) 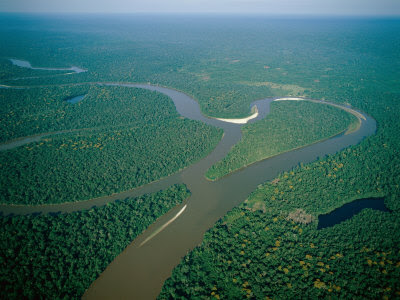 Here's what the Amazon looks like from above.
(Photo from Scenery Nature) Here's what one part of the Amazon looks like from ground level.
(Photo from Top News India)

Boats releasing the dye into the Chicago River
(Photo by Jennifer Roche, from About.com)

This is what the river looks like when they're done.
(Photo from Inspired Water)