I go through phases when I keep playing one of those horribly addictive match-3 games.  Right now, the match-3 game in question is called Full Bloom.  The things you match are flower petals, and with the game-based coins that you win, you buy flowers to decorate your game-based garden. Inane, I know. But I must . . . bring order . . . by arranging everything in sets of 3, or 4, or 6. 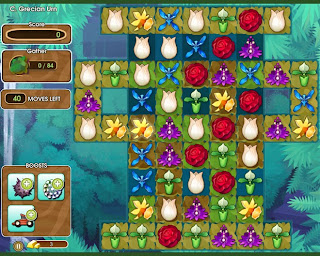 One of the boards in the Full Bloom game.  This one is especially hard.


At first, the flowers you can buy with your game-based coins are typical things like tulips and pansies and daffodils.  As you advance, the flowers get more exotic. You can also win complex arrangements, some of which include animated animals such as a diving road runner or a gopher than pokes his head out.  Recently, I encountered a flower you can buy called the wreath plant.  Hopefully this screen shot gives you an idea of  what it looks like in the game. 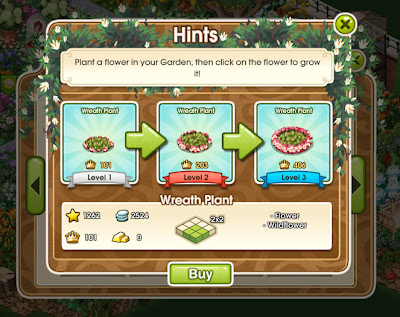 I thought, that thing can't be real.  It must be some arrangement you can buy in a florist's shop, where they make for you a circle of evergreens and put a ring of pink flowers around it.

A few nights after I first saw this plant in the game, it showed up in one of my dreams.  (Yes, sooner or later everything shows up in my dreams.)  So I thought, that does it.  I have to find out if this thing really exists.

Answer: it does exist.  It is a real plant.  It really grows that way.  It's pretty incredible-looking. First I'll show you a bunch of pictures, because seeing a whole bunch of photos is what it took to convince me that this thing is for real.

The wreath flower.  Evergreen on the inside, flower on the outside.
(Photo by Ron Long, for the UBC Botanical Garden) More wreath flower.   Here the flowers appear to be a mixture of yellow and pink, on the same plant.
(Photo from Jammy Chicken) More of a top-down view.
(Photo from Wheat Belt Tourism) 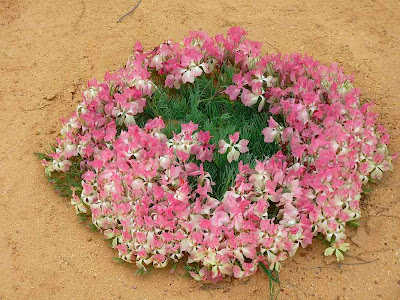 No matter how many of these pictures I see, it still looks like a made-up plant
(Photo from Faye & David's West Australian Trip 2011)

Close-up of the flowers that ring the greens in the middle.
(Photo by Sheila) Some flowers open, some still just buds.  Mixture of yellow and pink.
(Photo from Edge of Nowhere)

The red dots on this map of Western Australia indicate where wreath flowers have been recorded.
(Map from Florabase) 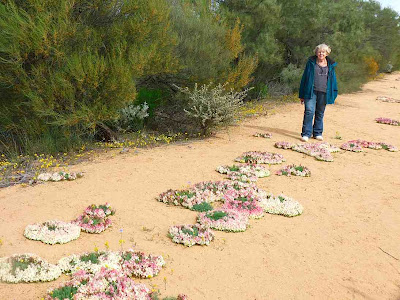 Here's one last photo of the wreath flower.  It really does exist.
(Photo from Gypsy Life)