Recently, some readers have made a few excellent suggestions for potential Apples. I will answer their requests, but I have another topic I'd like to cover first.

I saw a part of a program on the National Geographic Channel today that talked about how fireworks are made. I want to pass along what I learned, and hopefully expand on it. 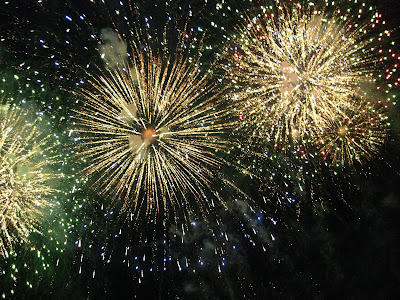 Four gold fireworks. You can't tell, but these were enormous. It's tough to take a good picture of fireworks. At the very least, you have to get the timing just right.
(Photo by the Apple Lady)

A cluster of fireworks, cut away to show the shells within the tubes
(Diagram from Pyrouniverse)

Interior of an aerial shell, showing the initial fuse and the secondary charge that ignites the display of sparks
(Diagram from Pyrouniverse) Smiley-face firework, courtesy of a little bitty microchip that got burned up when this exploded
(Photo by Eric in NY City)


Here are more of my paltry attempts at taking pictures of fireworks. These are the best of the bunch and they're not great. It's hard to convey just how huge these things were. 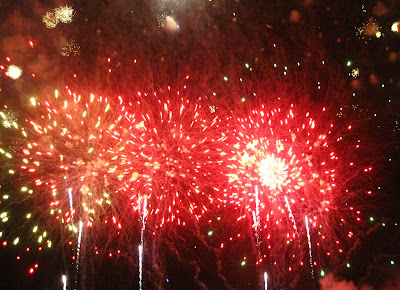 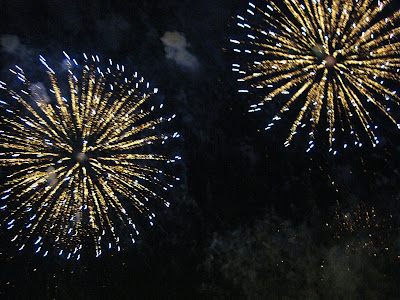 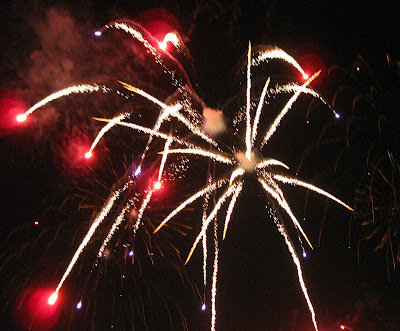 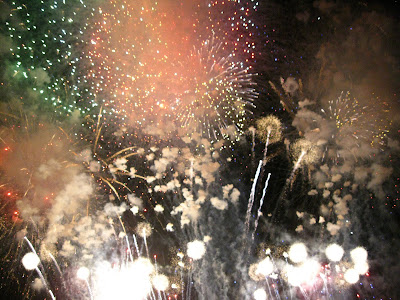 (Photos by the Apple Lady)

Sources
National Geographic Kids, How Fireworks are Made
BBC News Round, How Do Fireworks Work?, October 21, 2005
Holly Hartman, Factmonster, Facts on Fireworks, 2006
Totse.com, Bad Ideas, Background and Basic Chemistry of Fireworks
Posted by the apple lady at 11:35 PM