I just now remembered that I wanted to do a post about St. Patrick's Day. It's a bit late, so please excuse the brevity. Soul of wit and all that.

(Photo from You're History)

Stained glass window of St. Patrick, holding the things that are typically associated with him: his shepherd's crook, reminding us of his early days as a shepherd, and a shamrock which was his way of teaching about the Trinity.  Sometimes he's also drawn holding a snake, but here his third item is a book. This is somewhat ironic since he grew up with little education, but here the book symbolizes the writing and teaching he did in his later years.
(Photo from St. Thomas Aquinas Chapel in Park Slope) 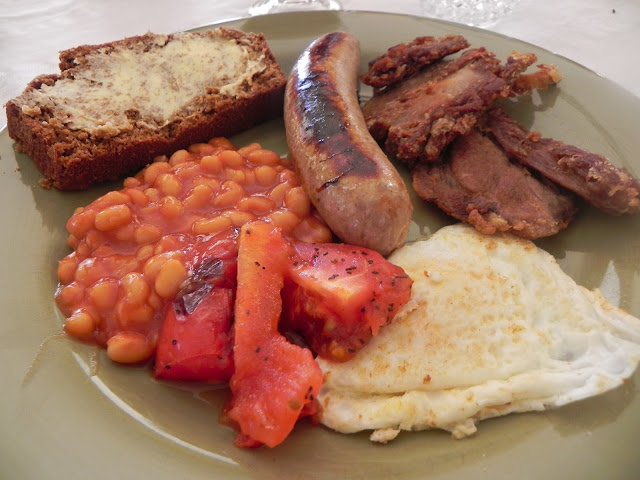 Traditional Irish breakfast.  Irish bacon is at about 1:00 on that plate.  It's made from brined pork shoulder and boiled slowly with salt, pepper, and spices.  It's thicker than the bacon we're used to and may be more like Canadian bacon.  Clockwise from the bacon are: fried egg, sauteed tomato, baked beans inn tomato sauce, Guinness brown bread with butter, and Irish sausage.
(Photo and bacon recipe from Emma Clare Eats) 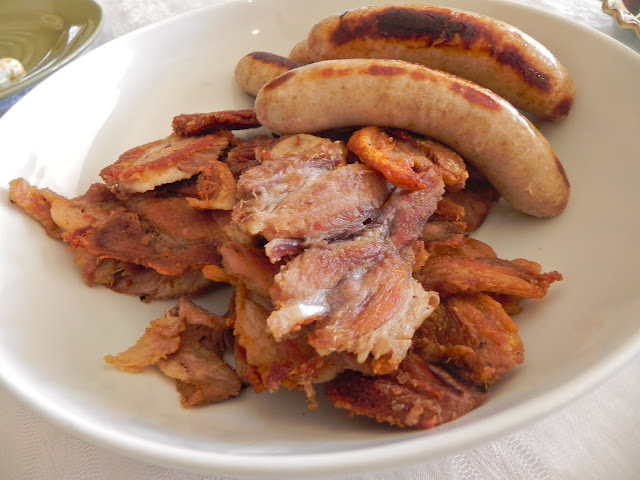