I have reached my 500th entry! What better way to celebrate a significant Daily Apple anniversary than by talking about apples?

Recently I've been enjoying a re-found appreciation for apples.  First of all, they're portable.  You can put them in your lunch bag or shoulder bag and they won't turn to mush in there.  You don't need a utensil to eat it, there's no peel to worry about like with a banana, you can hold it in your hand the whole time you eat it.

Best of all, of course, is the actual eating.  Biting into a crisp apple is incredibly satisfying.  If it's juicy and sweet with some tanginess about the edges, mm-mm.  Nothing else like it.  I especially enjoy eating apples while reading a book.  The two activities somehow become synonymous and equally delicious. Boy, you can just about smell those apples, can't you?
(Photo from Luna Cafe) Some apple trees live hundreds of years. This man is Jack Turner, and this apple tree was planted in Arizona in 1912. There are also lots of orchards still growing apples that were originally planted in colonial times.
(Photo from Native Seeds) 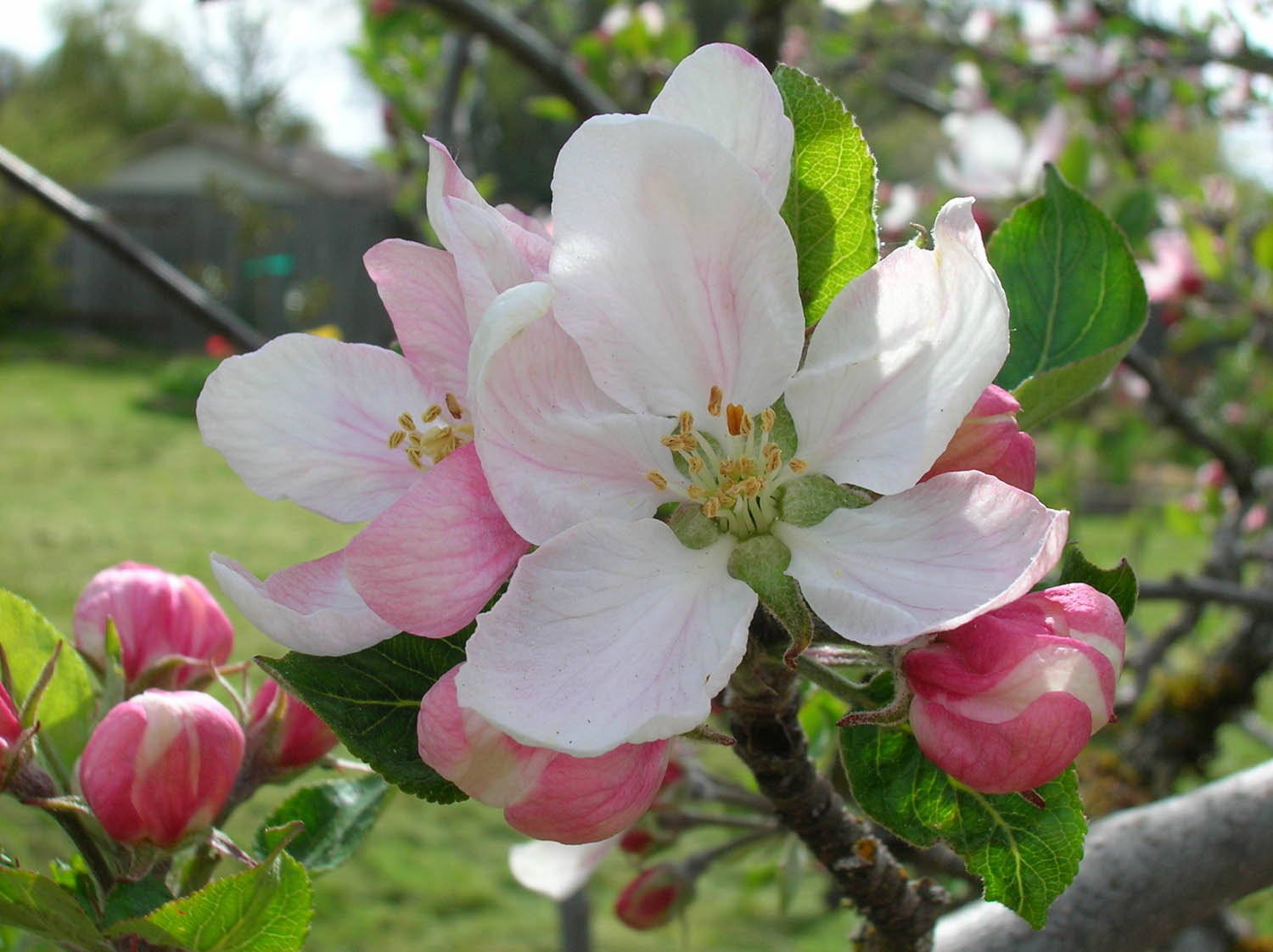 Apple blossom
(Photo by Age Kotyk at The Kotyk Report)

Biting into an apple -- hooray!
(Photo from The Essential Skills)


Nutrition, or Eat the Peel

Remove the peel and you remove most of the nutritional benefit of an apple
(Photo from ifood.tv)


Baking & Eating Varieties
Some apples are better for baking and some are better for eating out-of-hand. For baking, choose a variety with a lower sugar content and that's more tart than what you might usually eat. Sugary apples tend to get mushy and lose their flavor when baked.

These are just a few of the varieites of apples that are commonly available. If you want to see lots more varieties, check out this poster from Pgris.
(Photo from recipetips.com) This little girl, Cate, is holding a little apple, a Lady. Lady is one of the oldest varieties still being grown today.
(Photo from this week for dinner)

China grows way more apples than anybody else. Interesting that one of our favorite apple varieties is from Japan, which isn't even on this list.
(Graphic from DailyMe) 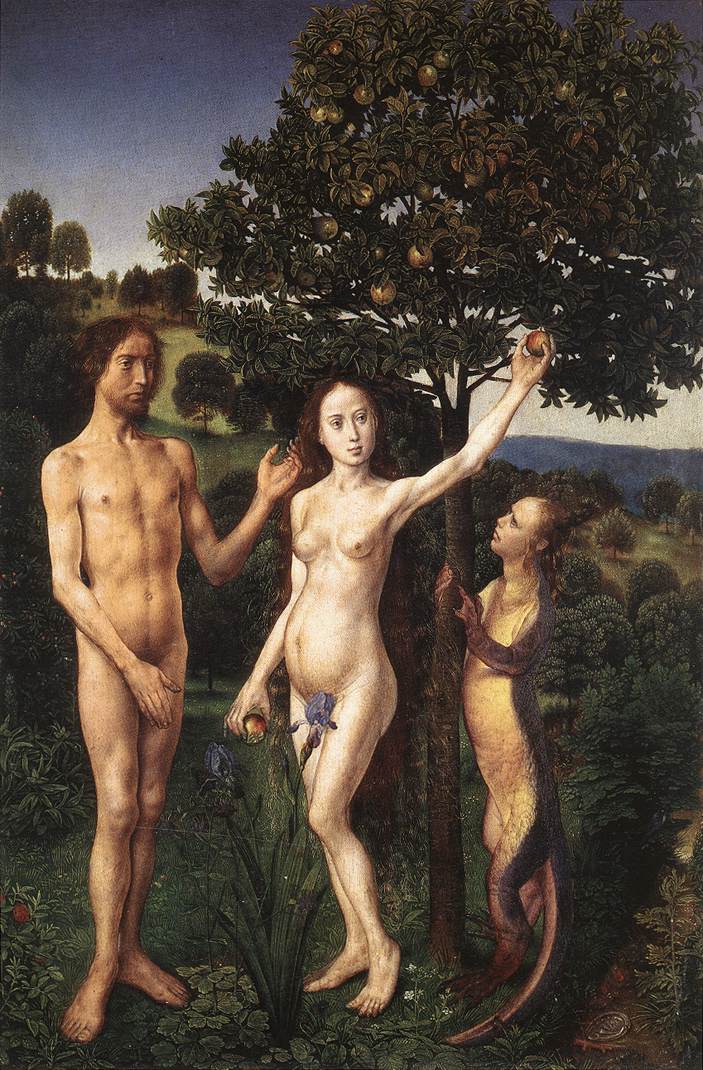 Hugo Van Der Goes' The Fall of Man, the first place where the Tree of Knowledge was depicted as an apple tree.  How different would things have been if he'd painted an apricot tree instead?
(Image from Lib-Art.com)