It's very late at night.  So I thought I'd find a few facts about the moon.

Gallileo spacecraft took this photo of the Moon, not me.
(Photo from NASA) 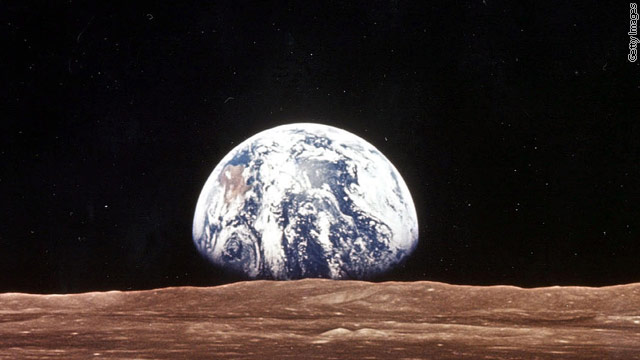 The Earth, as seen from the Moon's surface. This was taken shortly before Neil Armstrong and Buzz Aldrin got out of Apollo 11 to go walk on the Moon. These kinds of photos always give me the strangest kind of vertigo.

(Photo by Getty, sourced from CNN)

The Moon on March 19, 2011, when it was at its closest point to Earth.  Scientists refer to this as the Super Perigee Moon.  It's seen here looking over the shoulder of the Lincoln Memorial in Washington, D.C.
(Photo by Bill Ingalls at NASA) Here's a recent composite of lots of photos taken by NASA's Lunar Reconnaissance Orbiter Camera, of the far side of the moon.
(Photo from NASA) 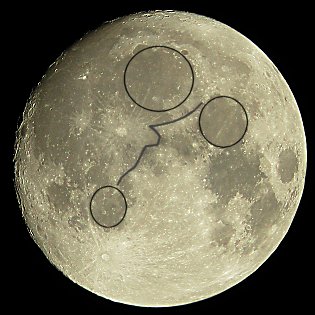 
Other Daily Apple entries about the Moon:
Blue Moons
Full Moons, Orange and Otherwise
Origins of the Earth and Moon
Lunacy and the Full Moon

Sources
Fraser Cain, Interesting Facts about the Moon, Universe Today, October 24, 2008
NASA, The Far Side of the Moon -- And All the Way Around, March 11, 2011
The Earth's History, How old is the Earth?
National Geographic News, Moon Facts, July 16, 2004
NASA, Solar System Exploration, Earth's Moon
Posted by the apple lady at 2:34 AM