I love Concord grapes. For one thing they remind me of my brother, who loves them even more than I do. But I also love them for themselves. They taste dark but sweet, and that juicy, fruity, delectable place between the flesh of the grape and the inside of the skin I find absolutely divine. I put one in my mouth, pop the skin, and suck on that juice. Mm-mm.

They are one of the things, along with apple cider, that for me, embody fall. Those late October days when it's sunny but the air is crisp and you catch a whiff of the fallen, drying leaves, I swear sometimes I can also smell Concord grapes on the air. Mm-mm. 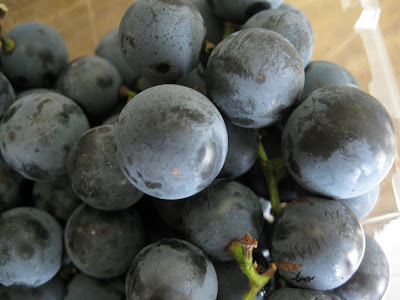 You can almost smell these Concord grapes, can't you?
(Photo by the Apple Lady)


"you don't really 'chew' Concords - you suck them out of their skin to get the juice and flavor and swallow the grape whole (after you separate the seeds). You eat them somewhat like oysters." 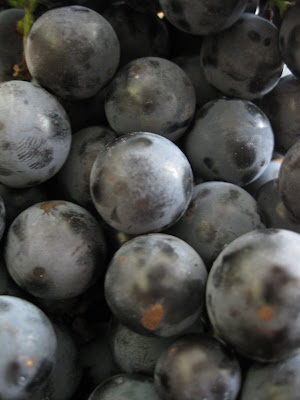 Concord is a little place north and west of Boston.
(Map from the Massachusetts Hokkaido Association) 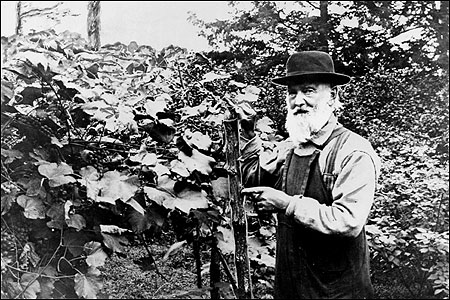 Ephraim Wales Bull, the first guy to cultivate the Concord grape.
(Photo from the American Indian Health and Diet Project) 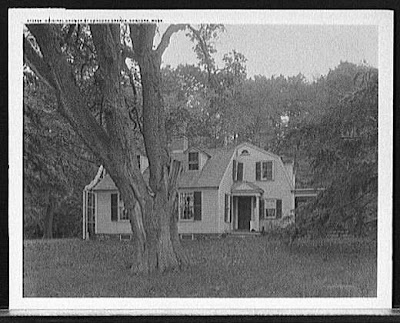 This is Ephraim's house, now called Grapevine Cottage. Apparently it's for sale, priced at $799,000. It comes with the gravestone which reads "He reaped, others sowed," referring to the fact that he died quite poor, as well as the 100-year old grapevine.
(Photo from Elizabeth Bolton, realtor in Cambridge, MA) 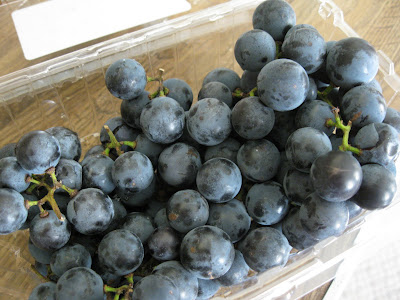 This particular box of Concord grapes came from Michigan.
(Photo by the Apple Lady)

Concord grapes on the vine. Here the bloom is very visible.
(Photo from the world wide wine)